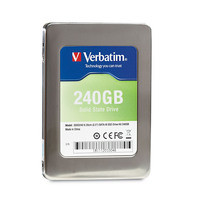 Other World Computing (OWC) will be introducing their newest Solid State Drive (SSD) line called Mercury Extreme. It is 3G with a combination of Sandforce Dura Class technology and Tier 1/Grade A NAND. Tier 1 (Grade A) is the top of line chips and are laser etched with a serial number. This combination produces data rates over 275MB. It is reliable and relatively noiseless. It has near bus saturation speed. Unlike regular SSD where the write speed tends to slow down after regular and constant use, OWC Mercury Extreme SSD drives do not. They use Block Management and Wear technology instead of the traditional OS Trim Management to help prevent that slow down. MacPerformance confirmed that Mercury SSD removes almost all slow down in data speed over time. The Sandforce Dura Class Technology also offers 100x the data protectin compared to ordinary SSD. They do this by the combination of 7 percent over provisioning, the highest level or error correction and Sandforce Raise (Redundant Array of Independent Silicon Elements).

You can get a 30 GB drive starting at $67.99 MSRP. It is available through OWC and selected retailers. There is a 30 day risk free guarantee and 24/7 live chat support. The drives are compatibility with any desktop or external drive that uses 2.5” drives. You can also get adapters for as low as $3.00, which allow 2.5” drives to be placed in 3.5” bays. OWC Mercury SSD are available with a capacities from 30GB up to 480GB starting at $67.99. OWC will be showing off these hard drives and more at CES in the North hall at Booth 5231.

Back in November Monster Cable license their brand name to SDJ Technologies a Simi Valley based technology business creating the company Monster Digital. At CES 2012 Monster Digital will be showing off several of their new products, including an Ultra Speed SSD, Hybrid Hard Drive, Standard Drives, Micro SD Cards and high performance flash. They will be showing off the Ultra Speed SSD called the LeMann Series. The LeMann Series SSDs are some of the fastest drives on the planet. They support read and write speeds of 550MB/s-515MB/s and are SandForce based. They are  shock proof , waterproof, magnetic proof and super durable. Monster Digital has also been working with Seagate Technology to create a Hybrid Hard Drives (HDD). These drives increase a computer’s speed and performance with a simple upgrade. Monster Digital will also be showing off their SD, Micro SD cards and high performance Compact Flash.

Monster Digital will be showing off its products at Booth 13013 in the Central Hall. Monster Digital is committed to provide unparalleled user experience. Each of its product categories offers best in class performance. They are rigorously tested to meet the highest standards of durability and performance. Jay Tandon, former CEO of SDJ Technologies and now the CEO of Monster Digital® will be present at CES 2012 and will be available for interviews, upon request. If you are thinking about getting a hard drive you may want to wait. Thailand has been hit by terrible flooding during the yearly monsoon season. Up to 500 have died and whole areas have been devastated including areas where the majority of the world’s hard drives are manufactured. Companies including Western Digital and Toshiba have been hit hard. As reported by the NY Times Bang Pa-In, Thailand which produces one-quarter of the worlds sliders a vital hard drive component is almost completely under water. Piper Jaffray believe that the supply of hard drives may run dry by the end of November. Prices may rise anywhere from 10 to 60 percent. There maybe a shortage of up to 60-80 million hard drives in the fourth quarter of 2011 and the shortage may only get worse. Full recovery of the market isn’t expected until late 2012.

Just in time for the next monsoon season. Climate change may only increase the flooding next year unless Thailand figures a way to control it. Unfortunately the very rice fields that helped to control the flooding in the past have been replaced by the factories that manufacture the hard drives. Companies may think of moving some of the processes outside of Thailand but that will take years and a lot of money. Companies may decide that the cost of moving is greater than the cost of dealing with flooding and choose to stay.

The hard drive shortage is already being felt by small businesses who sells or purchases hard drives. They are having trouble getting the hard drives they need and their prices are going up. The longer the problem continues the more the problem will spread to anything with a hard drive in it. Which includes desktops, laptops, gaming systems, and more. Not all hard drive companies were hit equally Seagate whose plants are in the highlands of Thailand was not effected by the monsoon directly, however it says it will have difficulty getting some parts. SSD drives are not effected either. Gus Richard an analyst at Piper Jaffray believes that there was an over reaction to the economic impact of the Japanese disaster and an under reaction to the Thailand disaster. This is at the time when large data centers are being built, data centers which require more and more hard drives. So the shortage and higher prices will most likely continue until late 2012.

Buffalo Technology has announced the launch of the MiniStation Extreme, a ruggedised USB3 portable hard drive. Conforming to the US Military’s MIL-STD-810F 516.5 Procedure IV, the shock protection on this drive means that it will survive a fall from over 2 m or 6 ft. And if securing your data against physical damage isn’t enough, the MiniStation Extreme also comes with 256-bit AES whole/full disk encryption to prevent unauthorised access to your data. There’s an integrated USB3 cable which snaps in and out of the Extreme, keeping it all neat and tidy.

Paul Hudson, Sales Director for Northern Europe at Buffalo Technology said, “The MiniStation Extreme is a prime example of Buffalo’s commitment to product innovation. This latest addition to the MiniStation family is ideal for globetrotters who travel with their PCs and portable HDDs and demand a robust, fast and secure high performance portable storage device. The MiniStation Extreme can withstand free-fall drops of up to 2.3m making it the most robust MiniStation ever.”

The MiniStation Extreme is available in 500 GB and 1 TB sizes at £78 and £113 respectively, and comes in piano black, silver and red. No white yet for the iPhiles.

Storage, both HDD and SSD, is growing in capacity and shrinking in price all of the time.  With hard drives currently as large as 2 TB available, and promises of even bigger ones coming it seems there is almost more storage already than anyone of needs.  Plus, for those willing to pay a premium, there are SSD’s, which are smaller in capacity, but much faster in read time.  Plus, we have even heard vague rumors of holographic storage coming in the future.

Now, from the future technologies department comes some news that TDK, the once famous cassette tape maker, has a technology that could double the storage capacity of a hard drive by using laser heaters to write the data.  TDK calls the technology HAMR – heat-assisted magnetic recording.  The laser needs to be combined with a new way of making the drive platters.  Supposedly TDK has used the technology with platters that would normally have held 1 TB of data and successfully stored 2 TB on them.

It sounds very futuristic, and honestly it is.  There is no release date for the technology, no idea of how such drives would be priced in comparison to a standard drive, and no real idea if this technology will ever even hit the market.  Frankly, beyond this one report from the Register, there is really no concrete evidence of this technology existing.  But the science of storage is always moving ahead at a fast pace, so it’s likely that such things as this are at least being tested.