Some Texans in the Houston area said their homes have been much warmer this week, even while they are running their air conditioners, KHOU-11 reported. Many of these Texans claim that someone has been turning up the temperature on their thermostats since the energy shortage began.

In some cases, it appears ERCOT (and others) aren’t just asking – they are remotely raising the temperature on some Texan’s smart thermostats. The ability to do that, without informing the customer first, appears to be due to people opting-in to enroll their smart thermostats in a program called Smart Savers Texas. KHOU-11 reported that the program is operated by a company called EnergyHub.

The agreement states that in exchange for an entry into sweepstakes, electric customers allow them to control their thermostats during periods of high energy demand. EnergyHub’s list of its clients include TXU Energy, CenterPoint, and ERCOT.

The Verge reported that seasonal energy programs offered by utility companies across the country are intended to work the same way the EnergyHub one is. Consumers who opt-in to them are agreeing to allow their energy company to remotely change the setting on their thermostats.

According to The Verge, Nest owners can opt-in to programs directly via Google (Nest’s parent company), even if their local utility isn’t participating in a program. Honeywell told The Verge that customers who opted-in to their energy saving program allow their smart thermostats to be adjusted remotely. However, customers can override the change.

It is important to note that customers can opt-out of these programs at any time. That appears to include the Smart Savers Texas program run by EnergyHub.

London-based firm Green Running have launched Verv, a home energy assistant that uses AI technology to automatically figure out which appliances are running and how much they’re costing. It’s clever stuff and they’ve got 6 patents to prove it. 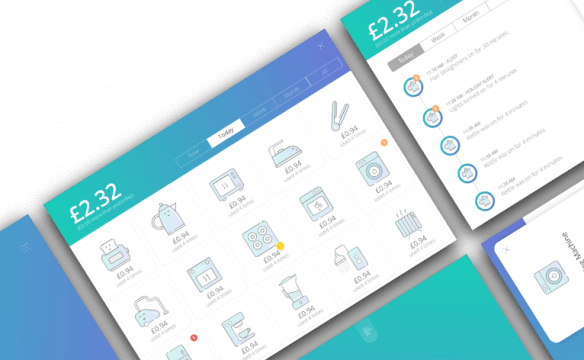 The UK’s smart meter programme has taken a bit of hammering in the press recently with The Register covering the debacle along with a healthy dose of cynicism. In agreement, Peter Davies, CEO & Founder of Green Running points out, “Smart Meters are being rolled out across homes but they simply don’t provide enough detail to tell the consumer what is actually costing them money. They just provide a total cost of your electricity usage. We are able to sample data at extremely high frequencies enabling us to read the ‘energy signature’ of individual electrical appliances. This means we can show the user in real time how much their appliances are costing them, in addition to an array of other functions such as alerting them if an appliance is deteriorating or if they’ve left something on.” 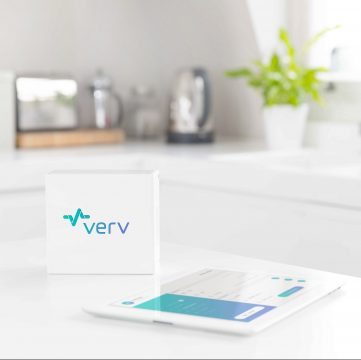 Being able to tell which appliances are electricity is handy, especially if it reveals when an older unit is consuming too much power either through slow failure or that newer models consume far less.

Verv doesn’t need to be installed by an electrician – there’s no fiddling with electricity here. Simply, there’s three parts. A Verv hub, a sensor clamp that goes round the main power cable, and an app for both iOS and Android. The only snag I can see from the installation video, is the hub needs a power socket near the meter.

Verv is electricity supplier neutral too and it doesn’t matter who supplies the power. In fact, it’s probably a good way to check that the supplier is billing correctly as 60% of consumers don’t understand their utility bills.

Integration with Amazon Alexa is touted on the web site though there’s no detail at present on what features might be supported in the skill. There’s also no mention of an interface to any smart home gear, such as Samsung SmartThings, but I would imagine that’s on the priority list as Verv’s competitor, Smappee, is already there. IFTTT would be good too but it’s early days.

Verv is currently open for pre-orders at GB£249 with delivery expected in the autumn (the website says October, the press release says November…)

When Elon Musk’s Tesla Motors acquired SolarCity earlier this year, there was much speculation as to whether or not this was a good idea. SolarCity’s business is based on installing solar power systems, and the company has struggled financially. But Musk must see something good in what SolarCity is doing. Indeed, there are definitely some parallels between the overall missions of Tesla Motors and SolarCity. the main one being to reduce reliance on fossil fuels. To that end, SolarCity recently announced it will begin installing solar roofs.

I now what you’re thinking. Haven’t solar panels been installed onto roofs for decades? Yes, that’s true. But SolarCity isn’t talking about retrofitting an existing roof with panels. Instead, the company’s new roofing system is made entirely of the solar panels themselves. SolarCity cites data that shows there are more than 5 million roof replacements per year in the U.S. Instead of having those roofs replaced with traditional shingles or other materials, and then possibly adding a solar system afterward, why not just build the new roof completely out of solar panels instead?

SolarCity is expected to roll out its new solar roofing product in the coming months. The company will also be able to install Tesla’s new whole-house batteries, allowing a home to run on solar power 24/7.

When I arrived at Gadget Show Live, household and kitchen appliances weren’t at the forefront of my mind, but I was astounded by Morphy Richard’s transparent toaster and iron. Yes, you read that right – transparent – you can see right through them. Impressed and with thoughts of transparent aluminium, I chatted with Leon about the new “Redefine” range.

Morphy Richards have four appliances in the new range; a hot water dispenser, kettle, iron and toaster. While all are beautifully designed, it’s the latter two which make an impact with transparency when there’s a expectation of solidity. There are no tricks here with hidden wires either; the ThermoGlass is the heating element and gets hot to smooth the clothes and brown the bread. Aside from the visual impact of a see-through toaster, the ThermoGlass provides a lovely even heat across the whole surface and it’s easy to see how toasted the bread is. 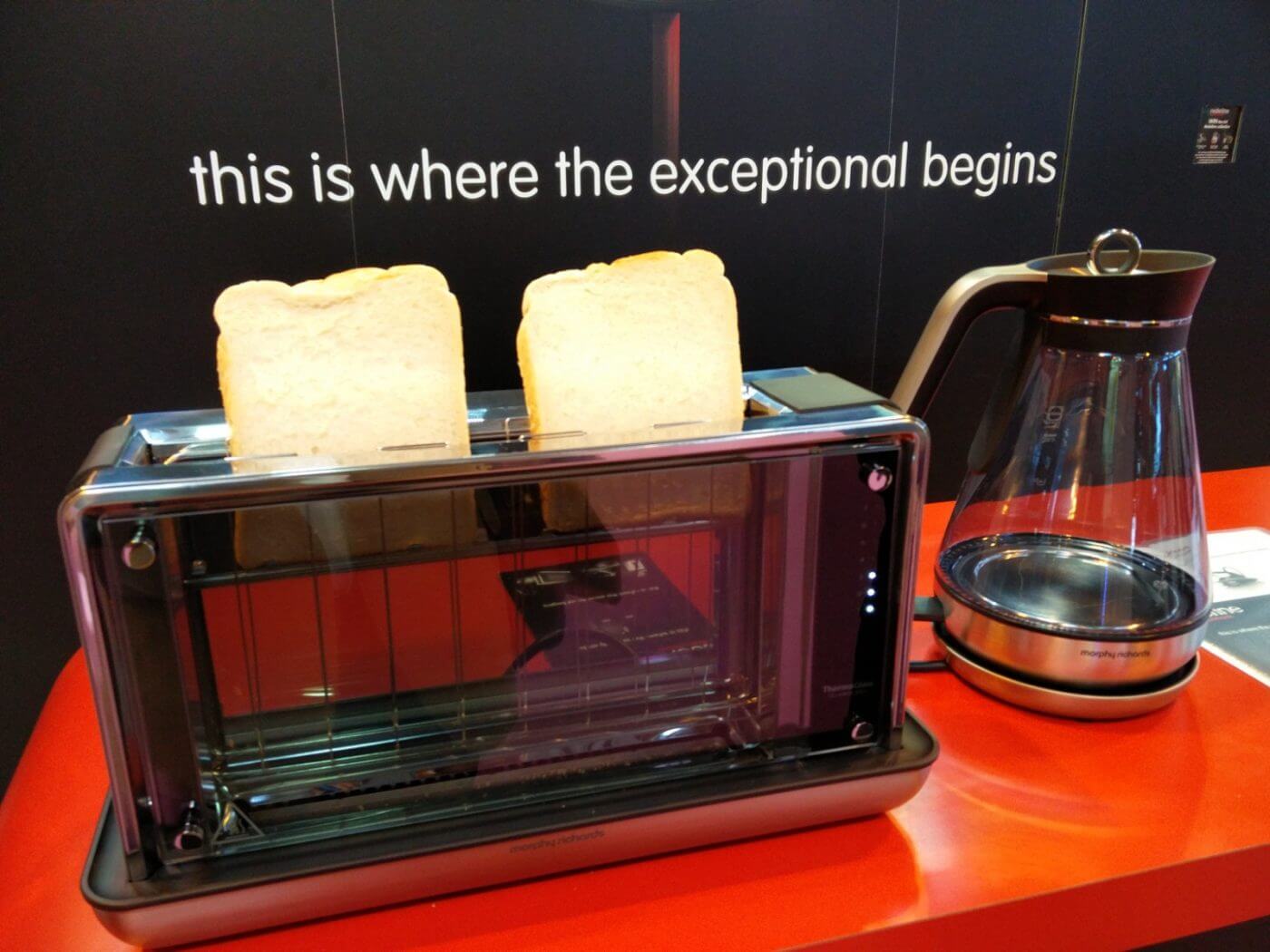 In addition to the good looks, the new appliances focus on energy efficiency. The benefit of the hot water dispenser is that only the right amount of hot water is heated every time and the ATOMiST vapour iron uses 75% less energy and 80% less water.

The Redefine range has been on sale since before Christmas. The toaster is GB£199, the kettle is £99, the iron is £249 and hot water dispenser is £149. They’re pricey but you’re not just buying a kitchen gadget, you’re buying an aesthetic experience. 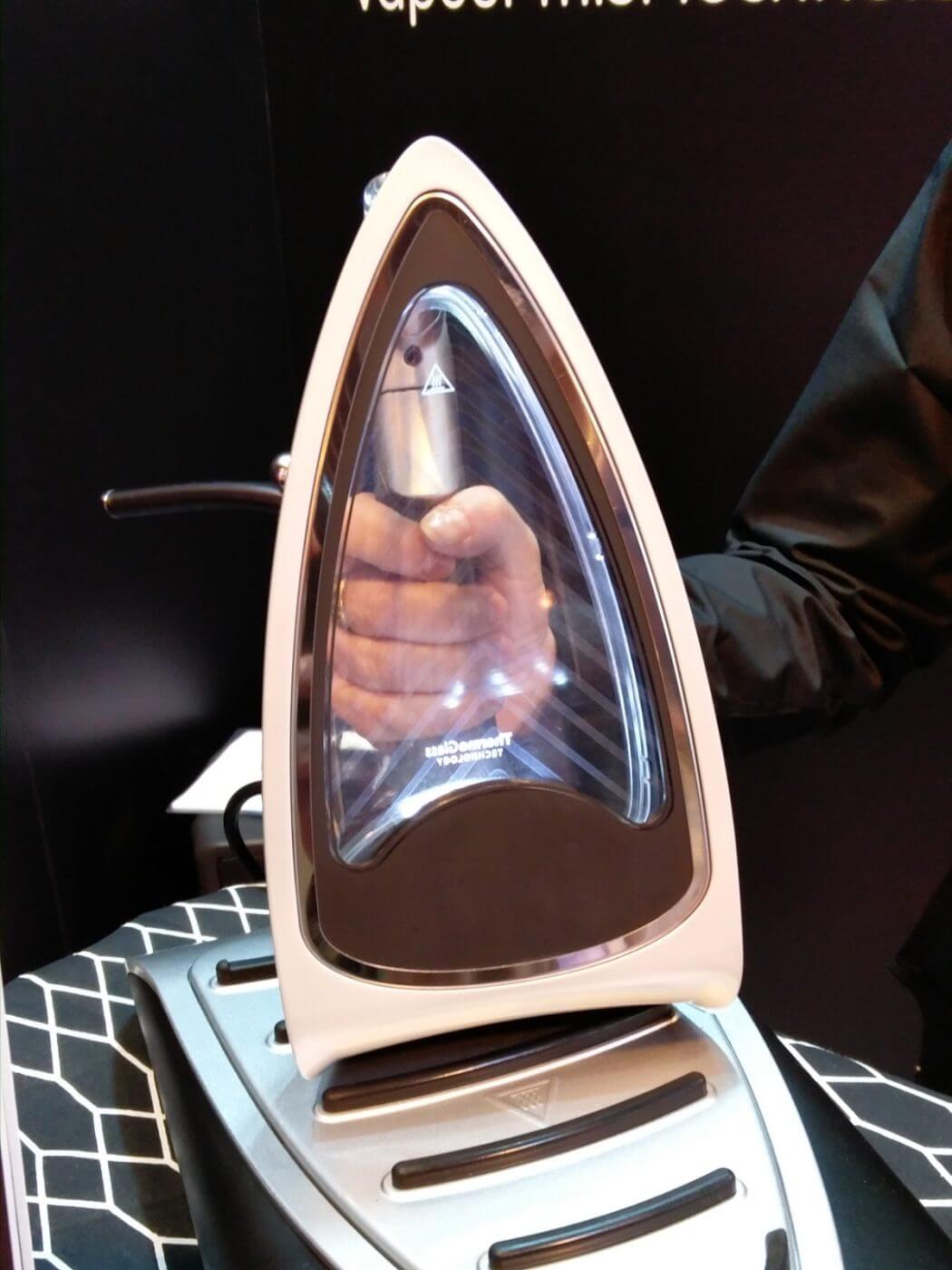 Intelligent Energy the intelligent energy company, has unveiled a number of consumer electronic prototypes powered by an embedded hydrogen fuel cell, to significantly extend the up time of the devices and provide a solution to the battery life conundrum facing consumers today.

Intelligent Energy’s presence at CES 2016 will demonstrate how embedded hydrogen fuel cell technology can untether people from the constraints of traditional energy sources and infrastructures. By embedding a hydrogen fuel cell into a phone, drone, tablet or laptop, consumers of energy can become producers of energy and have the freedom of instant energy for their electronic devices when they want it. 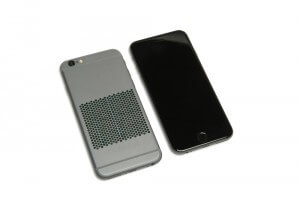 The fuel cell technology fits into the existing hardware. There is no need for any existing battery technology to be removed to accommodate the fuel cell, but instead the two work side by side.

In the last 12 months, Intelligent Energy’s technology has been recognized by awards at CES 2015 (Innovation Award Honoree), Edison (2015 Gold Award winner) and Business Green (Breakthrough of the Year and Technology of the Year.)

Powerline networking experts devolo have announced their intention to enter the smarthome market with a comprehensive array of products including movement and smoke detectors, radiator thermostats and switchable power outlets, taking on the likes of Nest and Belkin. Branded as “Home Control”, the products will be debuted at this year’s IFA show in Berlin in September.

Focused on providing customers with greater convenience, security and energy efficiency through innovative smart home products, devolo Home Control is the first smart home system that you can build yourself. Whether it’s a coffee machine that automatically starts ten minutes before breakfast, a switch that sets the entire house to night mode, or a motion detector that can tell people from pets, the possibilities for creating a smart home are endless.” 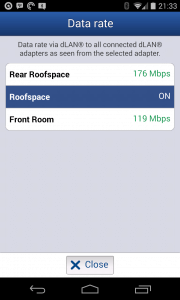 “Simplicity is the promise of devolo Home Control with an easy installation process removing the need for tools or cables, and a range of components that can be combined as desired. Taking example from their successful Powerline ranges, Home Control products will be available in helpful starter kits, with the ability to expand and tailor the smart home through individual products.”

I run devolo Powerline at home and while their gear is more expensive than the equivalent from Belkin or TP-Link, it’s very reliable and I’ve never had to reset any of the adaptors. In addition, the complementary “Cockpit” software and app is much easier to use and runs on both my PC and my tablet. Amongst other features, the app shows the data transfer rates between the paired adaptors and makes adding in new adaptors very simple. Going back to the new Home Control, the press release mentions that the Home Control products will have a “My Devolo” and if they can keep it simple with a cool app, I think devolo will have a winner on their hands.

Interestingly, what isn’t mentioned is whether the Home Control devices will use Powerline, ZigBee (or Wi-Fi) for the controlling signals. I have problems with ZigBee and the solid walls of my house, so a Powerline-based system could be a huge advantage. I’ll be very interested to see what comes out of devolo at IFA.