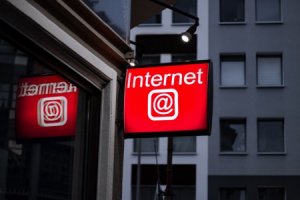 CNBC reported that the UK Government has announced that executives of social media companies (like Meta, Google, Twitter, and TikTok) could now face prosecution or jail time within two months of the new Online Safety Bill becoming law, instead of two years as it was previously drafted.

According to CNBC, The Online Safety Bill aims to make it mandatory for social media services, search engines and other platforms that allow people to share their own content to protect children, tackle illegal activity and uphold their stated terms and conditions.

Axios reported that the British Government said in a statement that the goal of the bill is to “protect children, public safety, and safeguard free speech.” It imposes new rules on tech companies and adds oversight powers to Ofcom, the British communications regulator, while exempting news content from any new restrictions.

What is in The Online Safety Bill?

BBC reported (in December of 2021) the there were three things the bill set out to do:

Prevent the spread of illegal content and activity such as images of child abuse, terrorist material and hate crimes, including racist abuse

According to the BBC, at that time, social media companies that fail to comply with the new rules could face fines of up to £18m, or 10% of their annual global turnover.

Axios reported that more changes had been added:

Ensuring websites that publish or host pornography, including commercial sites, require that users are 18 years old or older

Adding new measures that give people more control over who can contact them and what they see online, as part of an effort to limit the reach of anonymous trolls

Making it a crime to flash someone online

The bill must go through a former process before it can become an act. CNBC noted that the process includes giving UK lawmakers the chance to debate aspects within the legislation.

To me, it sounds like a group of UK politicians have created a bill that could (potentially) make themselves the decision makers about what is allowed, and what is not allowed, on social media. My biggest fear is that The Online Safety Bill will be used by the meanest people to squash the posts from people who are minorities, LGBTQ+, or politicians who are on the opposing side of the aisle.