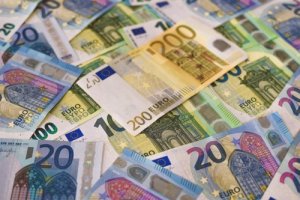 Eurpol announced in a press release that a coordinated strike between several law enforcement agencies resulted in the arrest in Ukraine of “two prolific ransomware operators known for their extortionate demands (between €5 and €70 million)”.

The law enforcement groups involved included the French National Gendarmerie, the Ukranian National Police Force, and the United States Federal Bureau of Investigation, with the coordination of Europol and INTERPOL.

According to Europol, the results of this included: 2 arrests and 7 property searches; seizure of US $375,000 in cash; seizure of two luxury vehicles worth €217,000 and asset freezing of $1.3 million in cryptocurrencies.

From the Europol press release:

The organized crime group is suspected of having committed a string of targeted attacks against very large industrial groups in Europe and North America from April 2020 onwards. The criminals would deploy malware and steal sensitive data from these companies, before encrypting they files.

They would then proceed to offer a decryption key in return for a ransom payment of several millions of euros, threatening to leak the stolen data on the dark web should their demands not be met.

The Record reported the arrests of the two members of a ransomware gang took place on September 28, in Kyiv, Ukraine’s capital. Of the two suspects who were arrested, one is a 25-year-old believed to be a crucial member of a large ransomware operation.

The names of the two suspects who were arrested have not been released. The Record reported that officials declined to name the suspect’s affiliation to any particular ransomware gang, citing an ongoing investigation. That information came from a Europol spokesperson.

It seems to me that this investigation is just beginning, and that Europol (and the rest of the assisting law enforcement agencies) are intending to continue their efforts. If the agencies are able to determine who else was involved in these crimes, I hope that those people face whatever legal consequences are appropriate.