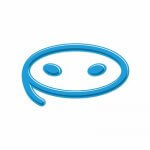 Promobot is a company that manufacturers autonomous service robots for business. Several hundred Promobot robots operate in 26 countries and around the world. They work as consultants, guides and administrators.

Promobot recently posted on its website that a Promobot robot was killed by a self-driving Tesla-car. You can watch a video of it on the Promobot website.

Promobot describes the situation this way:

At 7 pm the Promobot’s engineers transported robots to the Vegas’s Congress Hall to prepare their booth at the CES-2019. All the robots were moving in a line. But one of them missed its way and drove to the roadway of the street parking lot. At that moment it was hit by a self driving Tesla car.

After the clash the robot was pushed aside and fell. The car continued to move and stopped fifty meters away from the accident. The passenger who was in the car while driving explains that he decided to try a self-driving mode (Full Self-Driving Capability) and chose an idle area for this test.

According to Promobot, the result of the accident was that the Promobot robot suffered serious damage. “Parts of the body, the mechanisms of the arms, the movement platform and a head are destroyed. Now the robot is not able to take part in the exhibition and most likely there is no way to restore it.”

Fortunately, the remaining Promobot robots are unharmed. Promobot robots will be presented at CES 2019. At the exhibition you will meet robot-consultants, concierges and even a robot that recognizes emotions. In addition, every hour robots will give a dance performance at the booth.