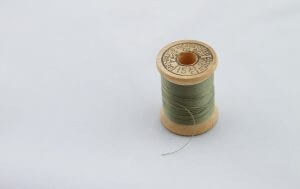 Spooler was created by Darius Kazemi. (@tinysubversions). He makes all kinds of interesting stuff, and you can find links to it all at Tiny Subversions. Spooler turns Twitter threads into blog posts. It is currently in early beta, and, as such, Darius Kazemi says “expect bugs”.

I decided to give Spooler a try because I was curious about it. I’m not a person who writes daily threads on Twitter, but I have written some. Later, I take the thread I wrote and manually transcribe it onto Tumblr. It’s a bit tedious.

Start by creating a thread on your Twitter account. I learned that you have to do the thread properly – by replying to the previous tweet in the thread – all the way through. If you don’t connect the tweets in your thread that way, Spooler can only identify the last tweet in the thread. But, if you do it right, Spooler can see the entire thread, and will turn it into a blog post.

Give Spooler the link to the last tweet in your thread, and it automatically turns your entire thread into a blog post. Spooler allows you to tweet a link to that blog post for people to read.

It’s super easy to use! I wasn’t sure if Spooler would work for me because my Twitter account is private, but it did. I believe that the people who follow me on Twitter can read my Spooler blog post. I’m not sure if people who do not follow me can access the Spooler post I wrote if they look at it on the Spooler website. I wrote that thread specifically so I could test out Spooler. I don’t mind who reads it.

Darius Kazemi wrote a blog post about building Spooler. It is an interesting read for people who want to know his decision making process.