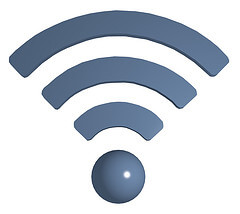 There are many schools, all across the United States, that make use of Wi-Fi. There are programs that involve assigning iPads to students. Students and teachers have school related email addresses. Most, if not all schools, have a computer lab. The list goes on. So, why does one California teacher want Wi-Fi removed from all schools?

She says that she started getting sick in 2012 after the Los Angeles Department of Water and Power installed a smart meter on her home. She claims that the radio waves that were emitted from the smart meter caused her to become sick. Symptoms included dizziness, migraines, and heart palpitations. At least one of her family members also got sick.

After having the Los Angeles Department of Water and Power remove the smart meter from her home, Anura Lawson said she felt better. An analog meter was reinstalled. The symptoms went away. She, and at least some members of her family, consider themselves to be sensitive to electromagnetic fields.

In 2014, the symptoms returned. Anura Lawson noted that this happened at the same time that Los Angeles United School District installed Wi-Fi at the school she worked in. Long story short, she went to the school board about the situation. In September of 2014, the school board agreed to turn off the Wi-Fi in Anura Lawson’s classroom. This makes her the first public school teacher in the United States to have been granted a health accommodation for electromagnetic hypersensitivity.

The World Health Organization (WHO) did a study on electromagnetic hypersensitivity (EHS) and came to the following conclusions:

EHS is characterized by a variety of non-specific symptoms that differ from individual to individual. The symptoms are certainly real and can vary widely in their severity. Whatever its cause, EHS can be a disabling problem for the affected individual. EHS has no clear diagnostic criteria and there is no scientific basis to link EHS symptoms to EMF exposure. Further, EHS is not a medical diagnosis, nor is it clear that it represents a single medical problem.

As a former teacher, who has very severe allergies, I can understand why someone would want to have something removed from their classroom that they believe is making them sick. I know, first hand, how difficult it is to teach while trying to cope with illness. It makes sense to me to make the “no Wi-Fi” accommodation in her classroom.

However, Anura Lawson is taking things further than her classroom. She has started a petition at MoveOn.org that is titled “Stop Microwave Radiation and WiFi in California’s Public Schools!” It calls for California Governor Jerry Brown, and the California Legislature, to take out the Wi-Fi and replace it with “hard wired internet connections”.

Personally, I think that’s taking things too far. When I was a substitute teacher, I would remove scented air fresheners from classroom I’d been assigned to teach in because those things make me sneeze. I didn’t feel the need to start a petition to require all schools to go without air fresheners.