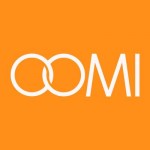 Continuing the current trend of connected homes and smart houses, Oomi‘s unique selling point is the user experience, claiming to be the easiest to setup and the smartest at learning. Jamie talks dream houses with Chris Hall, President of Oomi.

Eighteen months in the making, the heart of the Oomi system is the Oomi Cube and the Oomi Touch. The Cube is the brains of the system and is full of sensors, including ones for motion, noise, temperature, humidity, breaking glass and smoke. The Oomi Touch is an Android tablet which is used to setup and control the whole system though “Tap-and-Touch”. Tap the connected device to be added to the system and then touch the app on the tablet to get it setup correctly. Easy-peasy.

Oomi IQ is built-in to the Cube and the idea is that it learns from the activity in the home around it and starts responding to changes in an intelligent way. Simplistically, if it’s dark and there’s someone in the house, turn the lights on. Sounds great but it will be interesting to see how it works out.

Oomi will be available mid 2015 and pre-orders will initially be taken through Indiegogo, though the campaign is not yet live.

Interview by Jamie Davis of Health Tech Weekly  for the TechPodcast Network.