Quadcopters and multi-rotor copters were very much in evidence at the Gadget Show, from the Parrot AR.Drone to tiny nano quadcopters. DJI had one of the most impressive ranges at the show, along with a flight demonstration area on the stand.

The newly launched Phantom 2 Vision+ is a quadcopter with a digital video camera payload and the capabilities are impressive. It can stream video from the camera to your smartphone while in flight using wi-fi, record 1080p HD video to a microSD card, hold position above the ground in winds up to 25 mph and fly for around 25 minutes. The batteries can easily be swapped, so a spare battery will get the quadcopter flying again immediately. The remote control unit lets you clip your smartphone to the handset so you easily see what the camera is recording while flying the aircraft. What you get for your money is incredible – an entry level model is GB£349 and the Vision+ is £915. 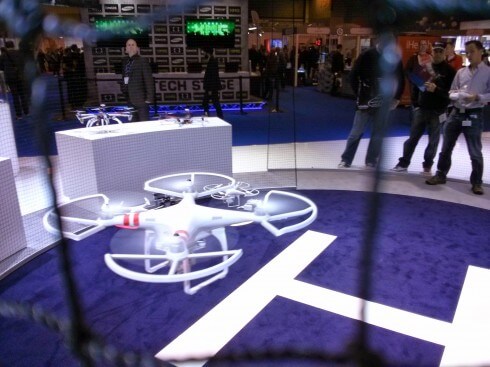 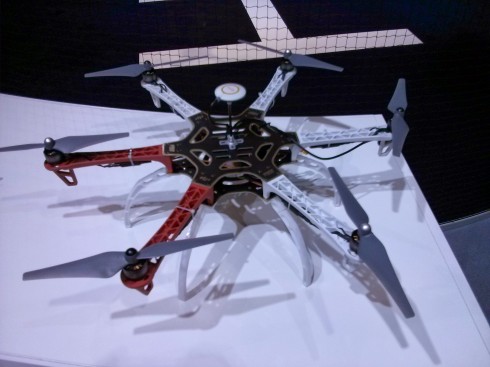 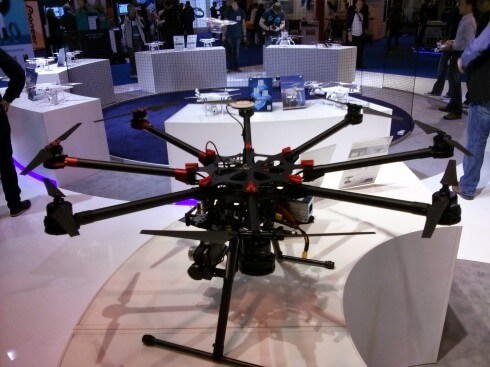 Andy takes me through the features of the new Phantom 2 Vision+ at the Gadget Show. I want one!