Tracking shots have traditionally been the preserve of the professional filmmaker or broadcaster, first with cameras on dollys and tracks, then with  Steadicam and now there are cable or wire systems (SkyCam) that can move in three dimensions to get some really amazing shots. While these are all still expensive, the amateur filmaker can achieve a similar effect with Wiral Lite at a fraction of the cost. Todd hangs tight with Emilie. 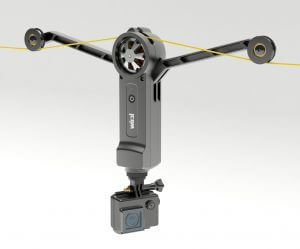 The Wiral Lite system consists of a steel cable plus a motorised camera mount – the cable cam – that hangs from the cable and it’s a little like a miniature cable car. The cable is strung between two strong points, say, a couple of trees or street lights, and the cable cam is hung on the wire under tension. It needs the tension so that the rubber wheels can grip on the cable and move about. Cameras up to 1.5 kg / 3.3 lb can be carried by the cable cam so it can easily hold a GoPro. The remote control  moves the cable cam back and forth on the cable with adjustable speed.

The Wiral was successfully funded on Kickstarter in the autumn raising over US$1,000,000 and is now also crowdfunding on Indiegogo. There are currently perks at US$239 with delivery expected in August. 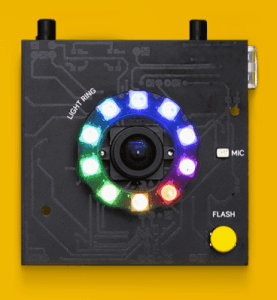 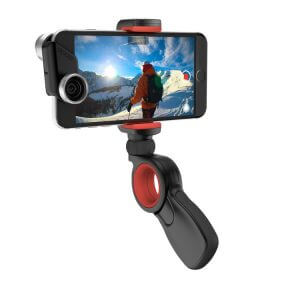 In the last of my smart home interviews from Gadget Show Live, I look at one of the new entrants to the market, Smanos. The Dutch firm announced their new K1 Smart Hub at the show and while it’s a good-looking piece of kit, the K1 is coming into an increasingly crowded space. I chat with Rafael about Smanos and the difference it brings.

Coming from a security background, Smanos has brought its understanding of that space to the smart home. The first iteration of the K1 focusses on security: the starter kit includes a siren, door/window sensor, motion sensor and keypard with the Smart Hub. As might be expected, the devices use Z-Wave for communication and there’s an app for managing and controlling the system, so additional sensors can be added easily. 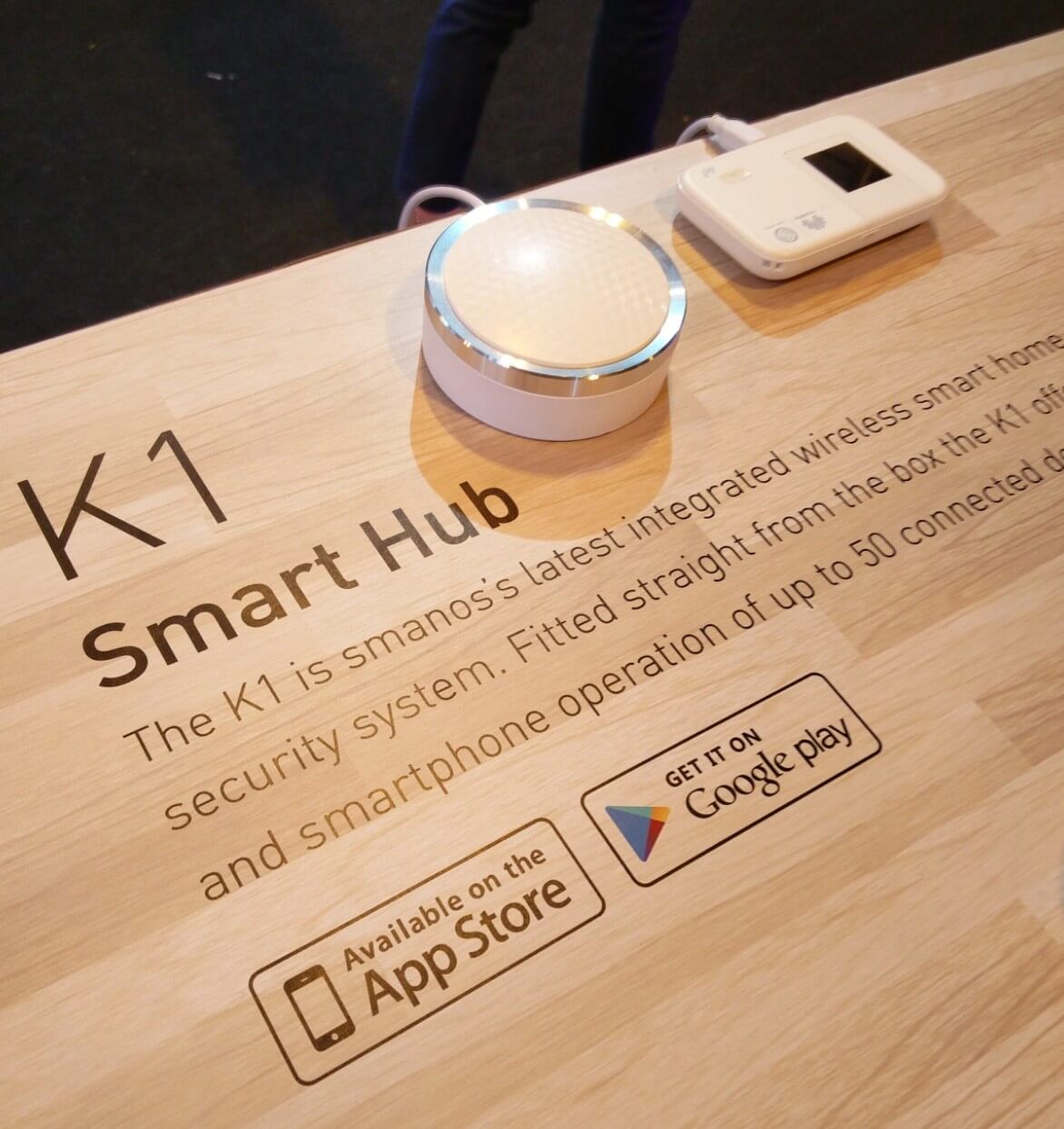 In order to set Smanos apart from the competition, the K1 has well designed sensors that wouldn’t look out of place in a bijoux pad. All white and chrome with surface detail, it’s clear that the sensors are part of a matched set, and not awkwardly thrown together to meet a functional need. 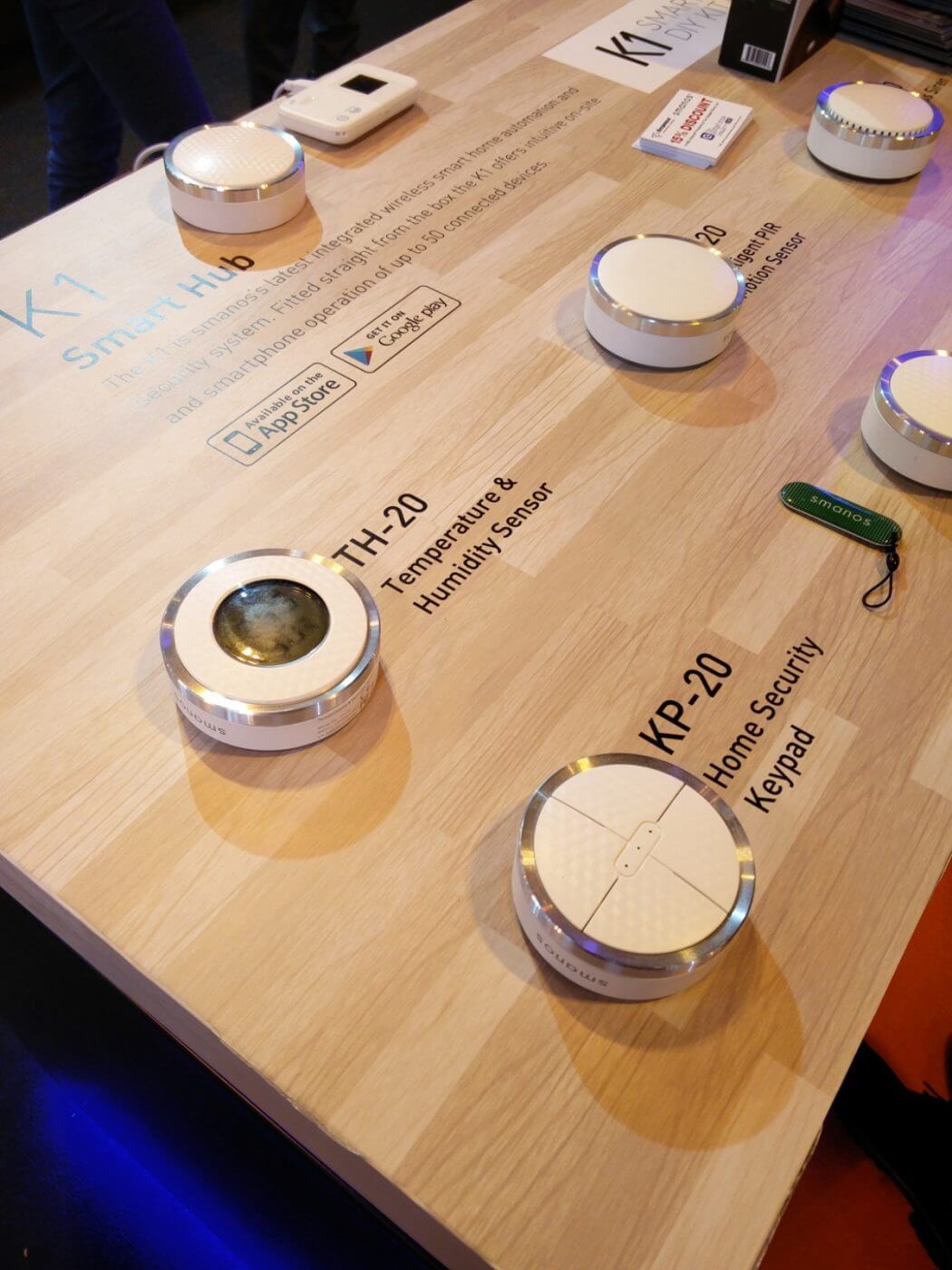 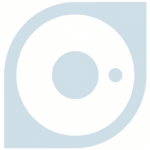 The smartphones in our pockets have cameras that could only have been dreamed of a few years ago, yet most only take a couple of selfies. So why not use these miracles of engineering to do more? Cupris‘ phone case converts the smartphone into a digital medical instrument. Helene tells Andrew more about their upcoming products.

The Cupris smartphone case mounts specialist medical lenses in front of the smartphone camera to take images and videos. The first device is an otoscope (right) for examining the eardrum and the second is an ophthalmoscope (left) for retinal imaging. The big benefit of digital imaging over the traditional scopes is that the pictures can be added to the patient record for review at a later date.

The otoscope will be available soon for less than GB£100. 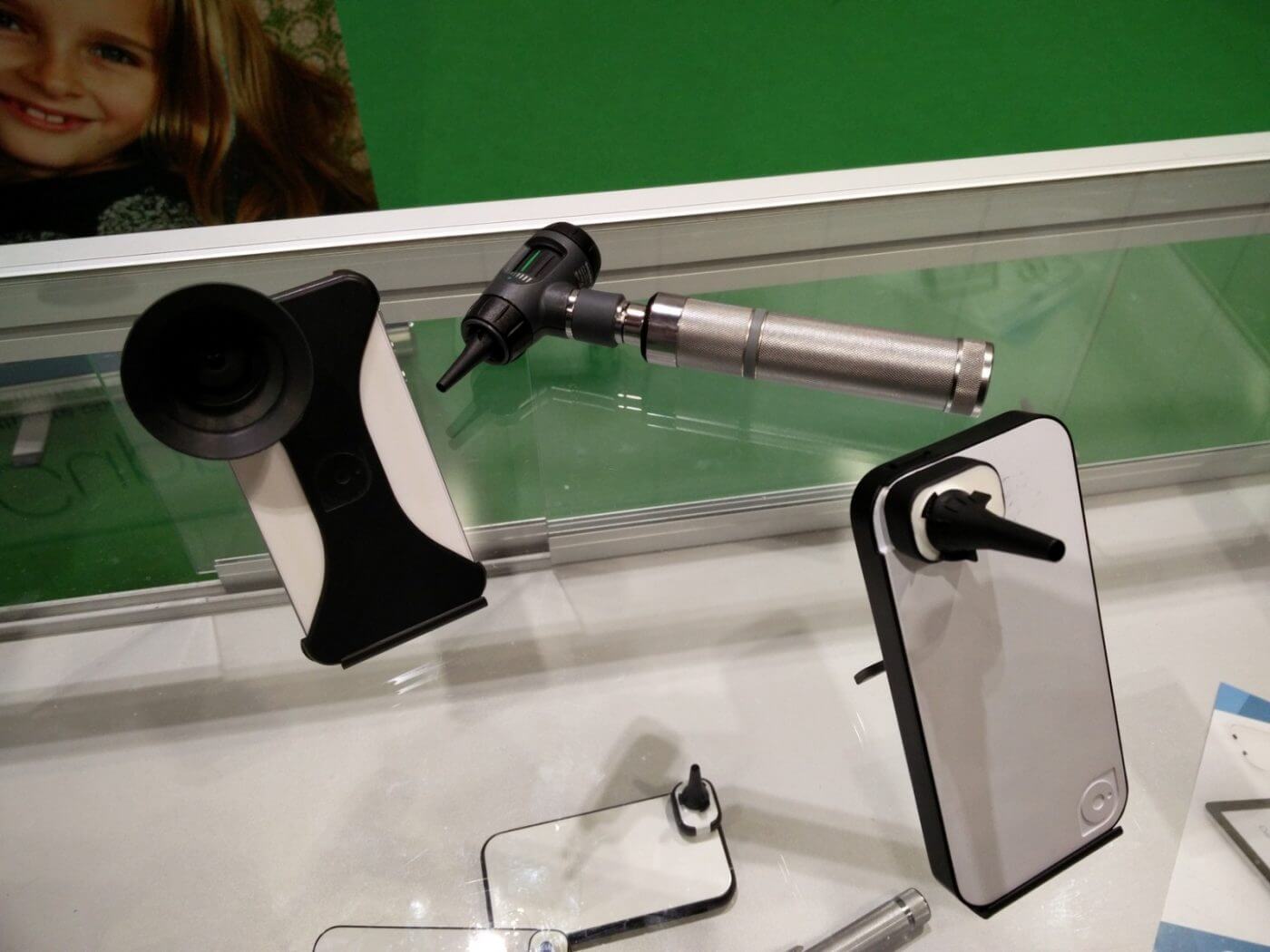 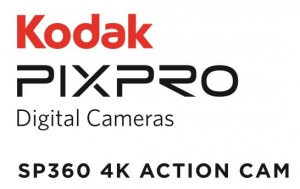 Normally a wireless NAS unit wouldn’t merit a second look, with plenty of choice from big OEMs like Seagate to small crowd-funded efforts. But when this wireless NAS unit is the size of a matchbox, holds 2 TB and weighs 4oz, it’s definitely worth another viewing. Marlo and Nick examine this miniature marvel with Luke Malpass from Fasetto.

The Fasetto Link is a small waterproof cuboid just 48 mm by 23 mm, yet holds a 2 TB SSD along with 802.11ac wireless connectivity. Able to connect to 20 devices at the same time, it can stream to seven of them at once. It has a write speed of up to 1.5 Gb/s so it’s entirely feasible to have multiple wireless action cameras recording simultaneously to the Link. If that’s not enough, it uses Qi wireless charging to recharge in less than an hour.

Marlo Anderson rounds up the latest technology news at The Tech Ranch and Nick DiMeo is a video producer at F5 Live: Refreshing Technology.