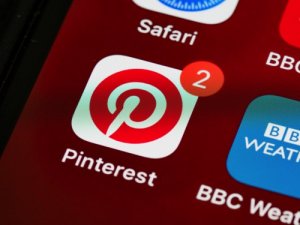 Bloomberg reported that Pinterest Inc. must face a lawsuit from a digital marketing strategist who says she helped conceive the social media platform, a California judge ruled. According to Bloomberg, Alameda County Superior Court Judge Richard Seabolt denied the company’s motion to dismiss the suit, but he eliminated co-founder Paul Sciarra as a defendant because he left Pinterest a decade ago.

Bloomberg reported that Christine Martinez sued the company in September, saying she contributed key ideas to the platform but was never compensated by founders Bill Silbermann and Sciarra. According to her complaint, Oakland resident Martinez was friends with Silbrermann when he asked her to “salvage a failed shopping app” that later became Pinterest.

She says she developed some of the main concepts for the platform, including features that allowed users to create “pinboards” reflecting their cultural tastes and created a marketing plan to enlist bloggers to recruit users. Martinez claims she was so integral to the site’s creation that Silbermann and Sciarra embedded her name in the platform’s code.

The New York Times provided some background information (in 2021). The New York Times reported that when Pinterest went public in 2019, Christine Martinez’s friends sent congratulations. She had worked closely with the founders of the digital pinboard in its earliest days, and her friends through she would get rich alongside them. But as Pinterest’s stock price rose, turning its founders into billionaires, Ms. Martinez realized she would not be compensated or credited for her contributions, she said.

According to The New York Times, Ms. Martinez was never formally employed by Pinterest, nor did she ask for a contract. She was not given stock, though she said Pinterest’s founders had verbally agreed to compensate her many times. The New York Times also reported that other women who were former Pinterest employees wrote on Twitter about the pay disparities, retaliation, and sexist, racist comments they had experienced at the company. Pinterest’s former chief operating, Francoise Brougher, sued Pinterest, claiming gender discrimination and retaliation.

These kinds of lawsuits are important. They serve as a way to prevent employers from intentionally discriminating against the women they hired. It makes absolutely no sense to me why the Pinterest founders agreed to deferred compensation – and then (perhaps intentionally) failed to pay Ms. Martinez the money they owed her for the work she did on Pinterest.

Bloomberg reported that PayPal Holdings Inc. is exploring an acquisition of social media company Pinterest Inc., according to people with knowledge of the matter. Bloomberg wrote that PayPal approached Pinterest about a potential deal in private talks. The companies have discussed a potential price of around $70 a share (according to people who were in private talks and who did not want to be identified).

That would value Pinterest at about $45 billion for the entire company, including its Class B shares. A deal at that level would represent about a 26% premium to Pinterest’s Tuesday closing price of $55.58.

It is not unheard of for a big company, who is interested in acquiring another company, to change its mind and back out. It seems to me that most of the time the companies find a way to complete the acquisition. It could go either way, though.

The Guardian reported that Pinterest has more than 478 million active users. It started as a social media company, offering users a way to store and share favorite images. Since then, Pinterest has expanded into visual search and e-commerce. According to The Guardian, Pinterest signed a deal with Shopify, an e-commerce platform for online retailers, to allow its customers to create catalogs on Pinterest.

I think this is why PayPal is considering acquiring Pinterest. PayPal might want to benefit from those user-created catalogs by connecting them to PayPal’s services. The New York Times reported that PayPal faces increasing competition in digital payments. It appears that one of PayPal’s competitors is Stripe, which The New York Times says has gained ground in recent years, hitting a private valuation of $95 billion.

Personally, I don’t like PayPal or Pinterest. I had a really bad experience with PayPal recently, which was so incredibly frustrating and stressful that I decided to stop using PayPal. In my opinion, Pinterest appears to allow users to grab images from anywhere on the internet without crediting the artist or linking to the source of the image. That’s not good at all for the artists who created those works.

Instapaper announced that it is joining Pinterest. I use both Pinterest and Instapaper (rather sporadically). The biggest change that has been revealed is that Instapaper will be sunsetting Instaparser.

Instapaper points out that their core mission was to allow users to discover, save, and experience interesting web content. This matches well with Pinterest. Instapaper says that “joining Pinterest provides them with the additional resources and experience necessary to achieve that shared mission on a much larger scale.” Instapaper assures its users that nothing will change for them.

For you, the Instapaper end user and customer, nothing changes. The Instapaper team will be moving from betaworks in New York City to Pinterest’s headquarters in San Francisco, and we’ll continue to make Instapaper a great place to save and read articles. 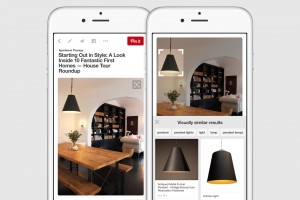 The Visual Search Tool allows users to crop an image that they see on Pinterest in order to include only the portion that they are interested in. The example they give on their official blog shows a person cropping a photo of a room in order to focus on the lamp that hangs over the table. Pinterest will automatically bring up “visually similar results” of various other pins of lamps that look quite a bit like the one you are interested in.

What’s the point of this new search tool? A person could use this tool to find out the name, or brand, or designer of the lamp that they are thinking about buying. If they can find it – they just might make that purchase today. In addition, the new search tool makes browsing through Pinterest more efficient.

The Pinterest blog says that people can use the new search tool “on your phone and the web”. In my experience, the tool cannot be used on the Pinterest website, but maybe that is because I am using Safari. I will assume that it works quite well on the Pinterest app (but haven’t actually tried it there myself).

Pinterest announced that they are now a creative community of more than 100 million people. This is a major milestone for Pinterest.

This might not sound so huge if you compare it to the amount of people on some of the social media websites. CNBC reports that Pinterest’s one billion users is one-third the size of Instagram and Twitter. Both WhatsApp and Facebook can boast a much larger number of users than Pinterest.

There is some information available about Pinterest users. Pinterest posted on their blog that 67% of Pinners are under the age of 40. This is an increase of 27% from last year. 54% of women aged 34 – 55 are on Pinterest, and 35% of them have a household income over $100K. The amount of male monthly Pinterest users has grown 120% this year, and more than half of all the Hispanics who use Pinterest joined it within the last year.

Pinterest also points out that about 70% of their 100 million users do more than just visit the website. They are discovering things they like and clicking on those things to learn more. People use Pinterest to plan for weddings. The number of searches on Pinterest has grown 81% in the last year.

Fortune points out that Pinterest added “Buyable Pins” earlier this year. Fortune reports that out of Pinterest’s 50 billion pins, 30 million of them are buyable. Pinterest, however, doesn’t want to make money off of those itself. Instead, it wants to monetize entirely with ads. It seems to me that Pinterest might be hoping that their announcement of 100 million users could attract companies who want to place ads.

Pinterest has decided to go on record with their hiring goals for 2016. In addition, they are sharing their plan for reaching those goals. Pinterest is doing this because they are aware that there is not a lot of diversity in the tech industry. This is their way of increasing diversity.

In 2013, Pinterest engineer Tracy Chou kicked off the “Where are the numbers?” initiative. It revealed that there wasn’t much diversity in the people that companies were hiring in the tech industry. Since then, not much progress has been made.

Pinterest is making an effort to increase diversity by revealing their hiring goals for 2016. This is unprecedented. Doing so makes it easier for people to hold Pinterest accountable for reaching those goals. It also makes it clear that they are consciously intending to make a more diverse Pinterest.

Their hiring goals are:
* Increase hiring rates for full-time engineering roles to 30% female.

* Implement a Rooney Rule-type requirement where at least one person from an underrepresented background and one female candidate is interviewed for every open leadership position.

Here’s how Pinterest plans to reach its hiring goals:
* Expand the set of universities we recruit from, and launch an early identification intern program for freshman and sophomore students from underrepresented backgrounds.

* Work with outside strategy firm Paradigm to set up Inclusion Labs at Pinterest, where we’ll experiment with new ways to improve diversity.

* Have every employee participate in training to prevent unconscious bias.

* Support the creation of a training and mentorship program to maximize the impact of Black software engineers and students, led by one of our engineers.