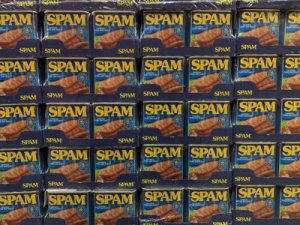 Earlier this year, Meta Platforms quietly convened a war room of staffers to address a critical problem: virtually all of Facebook’s top-ranked content was spammy, over sexualized, or generally what the company classified as regrettable, The Wall Street Journal reported.

Meta’s executives and researchers were growing embarrassed that its widely viewed content report, a quarterly survey of the posts with the broadest reach, was consistently dominated by stolen memes, engagement bait and link spam for sketchy online shops, according to documents viewed by The Wall Street Journal and people familiar with the issue.

It includes the following:

“Our actions against hate speech-related content decreased from 13.5 million to 10.6 million in Q3 2022 on Facebook because we improved the accuracy of our AI technology. We’ve done this by leveraging data from past user appeals to identify posts that could have been removed by mistake without appropriate cultural context.

“For example, now we can better recognize humorous terms of endearment used between friends, or better detect words that may be considered offensive or inappropriate in one context but not another. As we improve this accuracy, or proactive detection rate for hate speech also decreased from 95.6% to 90.2% in Q3 2022.”

Part of the report states that Meta’s actions against content that incites violence decreased from 19.3 million to 14.4 million in Q3 2022 after their improved AI technology was “better able to recognize language and emojis used in jest between friends.”

For bullying and harassment-related content, Meta’s proactive rate decreased in Q3 2022 from 76.7% to 67.8% on Facebook, and 87.4% to 87.3% on Instagram. Meta stated that this decrease was due to improved accuracy in their technologies (and a bug in their system that is now resolved).

1.67 million pieces of content related to terrorism, an increase from 13.5 million in Q2. This increase was because non-violating videos were added incorrectly to our media-matching technology banks and were removed (though they were eventually restored).

4.1 million pieces of drug content, an increase from 3.9 million in Q2 2022, due to improvements made to our proactive detection technology.

1.4 billion pieces of spam content, an increase from 734 million in Q2, due to an increased number of adversarial spam incidents in August.

2.2 million pieces of content related to terrorism, from 1.9 million on Q2, due to non-violating videos added incorrectly to our media-matching technology banks and were removed (though they were eventually restored).

2.5 pieces of drug content, an increase from 1.9 million, due to improvements in our proactive detection technology.

AdWeek reported that Meta removed three networks during the third quarter of this year for violations of Meta’s policies against inauthentic behavior.

According to AdWeek, the first originated in the U.S. and was linked to individuals associated with the U.S. military, and it operated across many internet services and focused on Afghanistan, Algeria, Iran, Iraq, Kazakhstan, Kyrgyzstan, Russia, Somalia, Syria, Tajikistan, Uzbekistan and Yemen.

The second one originated in China and targeted the Czech Republic, the U.S., and, to a lesser extent, Chinese- and French-speaking audiences around the world. The third originated in Russia, primarily targeting Germany but also France, Italy, Ukraine and the U.K.

It appears that Meta has put some effort into cleaning up its platforms. I suppose that’s what happens when Meta’s own researchers were “embarrassed” by what was appearing on Facebook and Instagram!