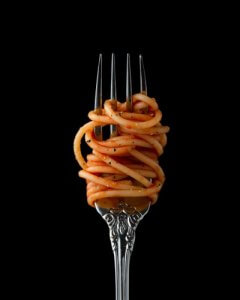 Twitter has decided to crack down on “copypasta” and tweets that include duplicate content. I’m not surprised by this at all, considering that other social media sites, including Instagram, are making a push towards original content.

“Copypasta” (a reference to copy-and-paste functionality to duplicate content) is an Internet slang term that refers to an attempt by multiple individuals to duplicate content from an original source and share it widely across social platforms or forums.

On Twitter, copypasta or duplicative content can be a block of text, image, or a combination of content that has been copied and pasted or duplicated by any means across the platform.

Why is Twitter cracking down on copypasta? Part of the post explains: While copypasta or duplicate content is a tactic for propagating a message, and is used for a wide range of purposes, it can be repetitive, spammy, and disruptive to people’s experience on Twitter. Duplicative content can also be used to artificially amplify content, suppress information or manipulate Twitter’s Trends, Top Search results and conversations across the platform.

To me, it sounds like Twitter is trying to make the platform more authentic, and copypasta is pretty much the opposite of that goal. I know I’ve seen tweets in a “What’s Happening” topic that were word for word identical to several other tweets.

Twitter provided examples of behavior that will limit the visibility of your tweets:

Examples of a severe violation of the copypasta policy include:

Overall, I think most Twitter users have no interest in turning their accounts into copypasta and/or duplicative spam. It should be incredibly easy to avoid violating the copypasta policy, especially for people who tweet their own content – or quote-tweet to highlight the content they enjoy that came from other people’s accounts. Personally, I find copypasta tweets to be incredibly boring.