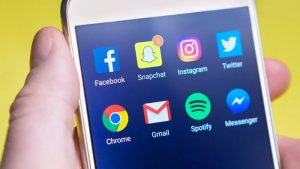 Senator Elizabeth Warren said that if she is elected president in 2020, her administration will break up the giants of the tech industry. This was announced at SXSW in Austin, and in a detailed post on Medium. In that post, Senator Warren mentioned Amazon, Google, and Facebook.

Senator Warren’s plan would classify any company that runs a marketplace and makes more than $25 billion a year in revenue as a “platform utility”, and will prohibit those companies from using those platforms to selling their own products.

The Verge interviewed Senator Warren. Her plan includes Apple – which was not mentioned in the Medium post. Senator Warren wants to break Apple apart from their App Store. As far as I can tell, the plan also calls for Google to split from Google Play. Personally, I’d like to see more specific information from Senator Warren about how that change will affect how apps are distributed.

In part of the interview, Senator Warren said:

The problem is that’s not competition. That’s just using market dominance, not because they had a better product or because they were somehow more customer-friendly or in a better place. It’s just using market dominance. So, my principle is exactly the same: what was applied to the railroad companies more than a hundred years ago, we need to now look at those tech platforms the same way.

In short, the plan would prevent Amazon from selling Amazon Basics products on the Amazon retail store. It would stop Google from promoting its own products in Google Search. And, it would require Facebook to split apart from Instagram and Whatsapp. It is a strong push for antitrust enforcement of an industry that has been untouched by those laws.