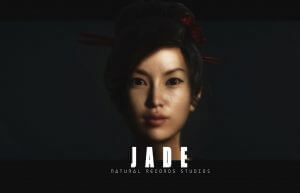 Natural Records Studios is dedicated to embrace change and push the boundaries of creativity via Artificial Intelligence, Virtual Reality, 3D/CGI Designs and more with the goal of mastering creative expression.

V3 (Victus Vincimus – Veterans Revenge) is a Virtual Reality, Artificial Intelligent military action, science fiction drama depicting the emotional horrors of war, the anguish of separation. The story is an apocalypse based on the warriors of past World wars, coming back from their graves disappointed with how the world they lost so much for has become. They wage a different fight against the present world dominant forces and corrupt manipulators.

Jade Phoenix is one of the characters in V3. 2000 years ago, she was Trung Trac, but today is known as Dr. Katherine Osaka, a surgeon stationed in Honolulu, Hawaii. She has the “unfortunate gift” to witness the pain and anguish of war. She tries to share that experience and save lives.

Emoshape’s EPU is based on Patrick Levy-Rosenthal’s Psychobiotic Evolutionary Theory extending the Ekman’s theory by using not only twelve primary emotions identified in the psycho-evolutionary theory, but also pain/pleasure and frustration/satisfaction.

The EPU II family of eMCU are transforming the capabilities of Robots and AI making V3 the 1st Artificial Intelligent Film/Game.