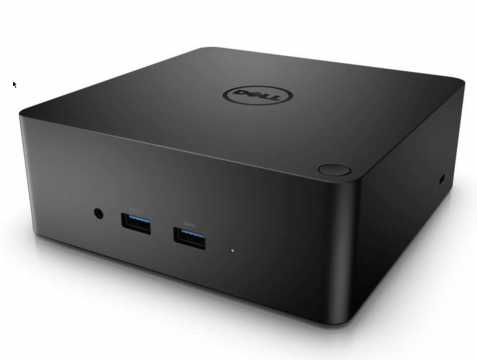 When Dell sent me the XPS 12 2 in 1 they also included a variety of accessories, one of those was their brand new Dell Thunderbolt Dock Model TB15 which turns out to be one of the most versatile docks I have tested, not to mention lightning fast supporting data transfer speeds up to 40gbps through the Thunderbolt 3 inner connects.

When the dock is paired with the Dell XPS 12 2 in 1 Laptop / Dell UltraSharp 32 Ultra HD 4k – UP3216Q Monitor & Fusion Thunderbolt 3 PCIe Flash Drive the dock turns the portable XPS 12 2 in 1  into a powerful desktop business solution . After being out of the office all day, all I needed to do was plug the Thunderbolt 3 cable from the dock into the Dell XPS 12, and instantly the monitor and hard drive sync’d up and became available for use. While at the same time charging the XPS 12 via the docks separate power supply.

Through a single Thunderbolt 3 connector between the XPS 12 and the TB15 dock. My interconnections expanded dramatically! The TB15 allows a combination of monitor connections whether it be a standard VGA, Thunderbolt, Mini DisplayPort, DisplayPort or HDMI connection. Three USB 3.0 ports, two USB 2.0, plus an additional Thunderbolt 3 Port (for external hard drive or other peripheral), GB Lan Connector with Pass-through MAC Address, and Headphone / Mic port. This new dock by Dell is a winner across the board.

The provided Sonnet Fusion Thunderbolt 3 PCIe Flash drive was the fastest drive I have ever used! With transfer speeds up to 2100 mb/s. I was able to offload 4k drone video files from a Micro SD card via USB 3 to the external Thunderbolt drive and then edit with no lag whatsoever. In the past I would have had to have worked on the video on the internal drive of the laptop.  With the drive being Bus powered no exta cables to worry about, small and rugged this drive will go anywhere.

As reviewed this package from dell is simply incredible. Today the Dell Thunderbolt Dock Model TB15 is currently sold out at dell but should be in stock shortly.

Dell has provides all items in this review for review. All products have been used in real world conditions and office environment for the past six weeks.