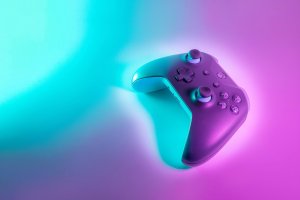 Several gaming companies have halted sales of their games in Russia and Belarus. Those decisions could be in response to tweets posted by Ukranian Vice Prime Minister of Digital Transformation Mykhailo Federov, who requested that gaming companies to leave the Russian market, and to block the participation of Russian and Belorussian teams and games in esports.

Microsoft posted information titled “Microsoft suspends new sales in Russia” on the Microsoft On the Issues blog. President & Vice Chair, Brad Smith, wrote (in part): “We are announcing today that we will suspend all new sales of Microsoft products and services in Russia. In addition, we are coordinating closely and working in lockstep with the governments of the United States, the European Union and the United Kingdom, and we are stopping many aspects of our business in Russia in compliance with governmental sanctions decisions.”

Electronic Arts (EA) posted (in part) “We have made the decision to stop sales of our games and content, including virtual currency bundles, in Russia and Belarus while this conflict continues. As a result, our games and content will no longer be available for purchase in our Russian region storefront on Origin or the EA app, including through in-game stores. We are also working with platform partners to remove our titles from their stores and stop the sale of new in-game content in the region.”

Electronic Sports FIFA tweeted (in part) “…In line with our partners at FIFA and UEFA, EA Sports has initiated processes to remove the Russian National Team and all Russian clubs from EA Sports FIFA products including: FIFA 22, FIFA Mobile, and FIFA Online. We’re also actively evaluating related changes to other areas of our games…”

The Verge reported that, according to a Google-translated version of the message, Nintendo stated: “Due to the fact that the payment service used in Nintendo eShop has suspended the processing pf payments in rubles, Nintendo eShop in Russia is temporally placed into maintenance mode.”

CD PROJEKT Red tweeted: (in part) “In light of the Russian military invasion of our neighboring country of Ukraine, until further notice, the CD PROJEKT Group has made the decision to halt all sales of our games to Russia and Belarus. Today, we begin working with our partners to suspend digital sales and cease physical stock deliveries of CD PROJEKT Group products, as well as all games distributed on the GOG platform, to the territories of Russia and Belarus”…