Last June, OnePlus revealed the Nord CE “Core Edition” 5G, a mid-range phone focusing on what really mattered to the OnePlus faithful who perhaps couldn’t afford a OnePlus 9 Pro. And by all accounts, the CE delivered in spades, with the phone not only appealing to the existing fans but also attracting a large swathe of new OnePlus buyers. 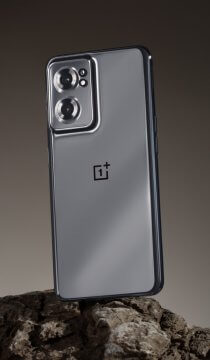 After a relatively short period of teasers, the Chinese firm revealed the latest iteration to its Nord family, the OnePlus Nord CE 2 5G. As with the original, it takes the best of the Nord series, distils it down and sells it a great price, so expect a focus on “fast charging, powerful cameras, smooth display, good battery and a headphone jack.” Round two..

Starting round the front, the Nord CE 2 sports a 90 Hz Fluid AMOLED display,  protected by Gorilla Glass 5, measuring 6.43″ with a resolution of 2400 x 1080 pixels (410 ppi), which is the same as the CE but it’s still an incredibly detailed screen that’s rarely bettered. Flipping it over, the CE 2 has a  smooth back which rises up gently to the camera array – the shape can be seen in the photos. Coming in two colours, Bahama Blue and Gray Mirror, the poly-carbonate back is very shiny.

Back to the camera, instead of the CE’s vertical set of lenses, the CE 2 has a triple-camera cluster array with a 64 MP sensor for the main camera plus an 8 MP 119° field of view wide-angle camera. The third lens is a 2 MP macro unit for close-up fun, replacing last year’s black and white sensor. On the front, the selfie cam is a 16 MP IMX471 Sony sensor which will give some excellent selfie shots – it’s the same sensor used in the OnePlus 9 Pro’s front-facing camera. The camera app is enhanced by AI features that help with scene detection to help get the absolute best from the images. In particular, low-light photos should be improved as well and video performance has been enhanced. The Nord 2 introduced these smart features and they’ve been brought to the Nord CE 2 courtesy of the CPU chipset, which brings us neatly to…

…the MediaTek Dimensity 900 octacore 9 nm CPU paired with an ARM Mali-G68 GPU. This is the first big change from last year’s model which used a Snapdragon 750G, but the 900 should deliver a 20% CPU performance improvement while increasing battery life by 20%. 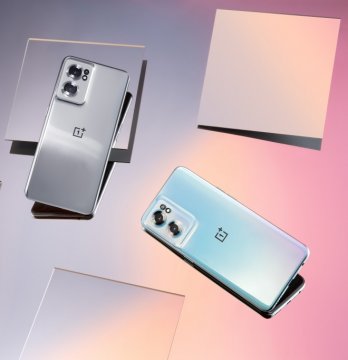 Powering the OnePlus Nord CE 2 5G is a 4,500 mAh battery which now takes advantage of 65W SuperVOOC. Regrettably, Warp Charge has been dumped in favour of Oppo’s fast charging brand, but rest assured, it charges super quickly, and there is a charger in the box, which will take the battery from flat to full in 32 minutes.

One other change that’s of note: the SIM card tray has been improved and now takes two SIMs and a microSD card (up to 1 TB). That’s definitely new to the CE phones and I’m fairly sure that it’s new to OnePlus phones. On the back of being able to add storage, there’s only going to be one variant in each territory and for most, it will be 8 GB RAM and 128 GB storage. (There will also be a 6 GB version.)

Let’s talk pricing….OnePlus Nord CE 2 5G 8 GB + 128 GB: GB£299 / 329€. Incredibly, there’s no price inflation.  Wondering where the dollar pricing is? Unfortunately, the CE 2 5G is a European and Indian release only, sorry.  OnePlus Nord CE 2 5G will go on pre-order from 3rd March 2022 at 1100 followed by deliveries and general sale from 10th March from OnePlus.com, Amazon and John Lewis.

As a bit of teaser for GNC readers, I do have a Nord CE 2 in for review and first impressions are very positive. More soon…