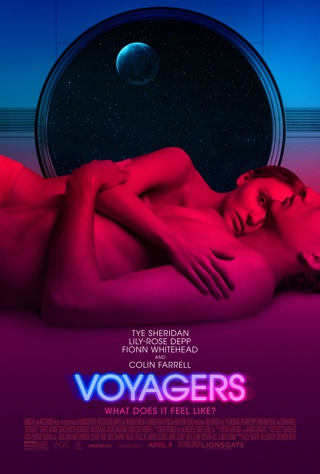 This new film is the classic storyline that the human race is at stake and at the same time we have only marginally advanced having not yet achieved speed of light travel. Imagine being raised in a sterile environment as an infant and bio-engineered to travel in a largely automated spacecraft over many years and multiple generations to reach a new home among the stars. As young teenagers grow into adults, they embark on a mission in which they know they will die before they see the results of what could be man’s greatest attempt to colonize another planet.

Throw in some drugs to keep the emotions of young adults in check, and when they discover this fact and refuse to take it. The results are for the first time they feel fear, lust, passion, and want power. What could go wrong well let’s just say human nature is one that cannot be kept on reserve for long. This is a great movie that will think about the possibilities in the future and also not be so outlandish that we all could see ourselves being on that ship 50 years from now.

For those that love Space Odyssey, you’re going to want Act 2…