Spun out from Xiaomi, POCO Global today launched the POCO M3, the third generation of its POCO M-series phones. Aimed at the entry-level, the M3 has features that would have been unheard of at this price point even a year ago. The moniker for the presentation was “More Than You Expect” and I’m pleasantly surprised at what “entry-level” offers now – fast processor, large detailed screen, big battery, decent camera. For those new to POCO, their range goes M, X, F with F being the flagship models and X the mid-range units, and over 6 million phones have been sold.

Starting with the outside, the POCO M3 has a large 6.53″ Gorilla Glass 3 display on the front, and on the rear there’s an anti-fingerprint textured back for a secure grip. POCO isn’t hiding anything here with two brightly coloured finishes in POCO Yellow and Cool Blue, though there is an understated Power Black option. At this price point, a glass back isn’t realistic but for the target audience of young entertainment-on-the-move enthusiasts this isn’t a bad thing – it’s grippy and there’s no need to worry about smashing the back glass. The triple-camera array (with flash) is arranged in a wide POCO-branded camera bump (more on this later), and physically the smartphone is 162 x 77 x 9.6 mm and weighs in at 198 g. There’s a power button with a fingerprint sensor on the side. 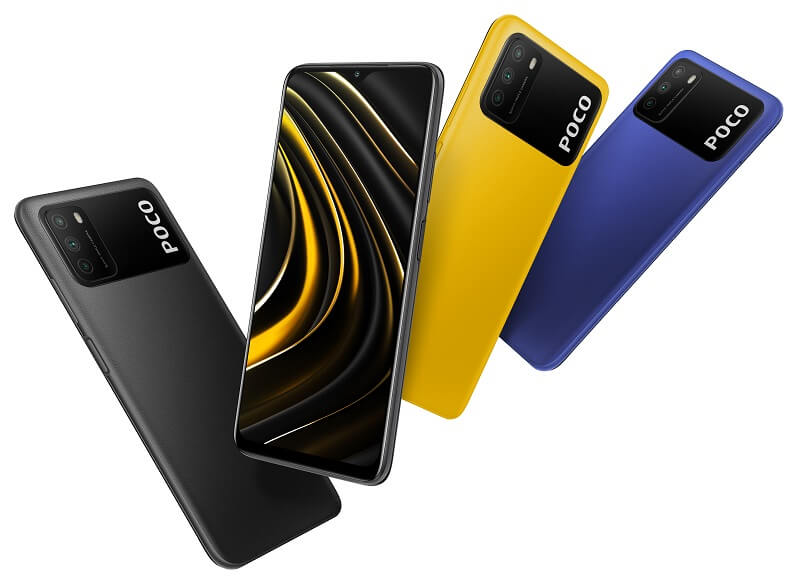 To keep the M3 powered up, the phone comes with a large 6,000 mAh battery which is expected to give 5 days of battery life for light use and 1.5 days under heavy use. Or to put it another way, that’s 196 hours of music or 17 hours of streaming video. The phone supports 18 W fast charging and wired reverse charging via USB C. It comes with a 22.5 W charger in the box. 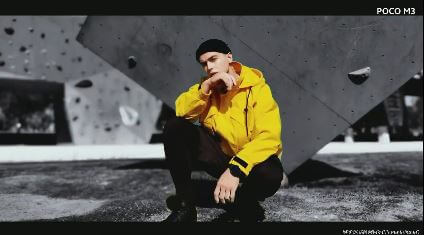 Round the back, the POCO M3 comes with a triple camera configuration in a thin but unnecessarily wide camera bump. This design isn’t an accident and is intended to stop the M3 wobbling when lying on a table or desk. Returning to the cameras, the main lens is a 48 MP unit paired with a 2 MP depth sensor along with a 2 MP macro unit. On the front, it’s an 8 MP teardrop selfie cam. The M3 comes with some clever filters and effects including night mode, portrait mode, “movie frame”, time-lapse and color-focus, which removes the colour from the photograph except for the focal point of the picture.

Fan favourites, the M3 includes an IR blaster and retains the 3.5 mm earphone jack, along with dual speakers. Out of the box, the phone will be running the MIUI12 flavour of Android 10.

What about the price, or the value, as Xiaomi suggests? Impressively, even the 128 GB version comes in well under US$200. The two models are priced very competitively at

The POCO M3 will be available this week from 27th November. What day is that? Oh, yes, it’s Black Friday. As a special BF deal, there’s US$20 off both models at Amazon, Mi.com, AliExpress and Lazada but check local T&Cs.

The launch event is available on YouTube below. Skip through to about 29 minutes in.