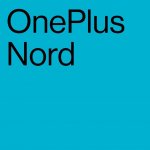 As promised at the launch of the 8T earlier in the month, OnePlus has announced two new Nord smartphones, the N10 5G and the N100. These join the existing Nord in the smartphone line-up but unlike the original Nord (the N1?), the N10 and N100 will be coming to North America. Let’s take a quick look at specs and pricing but it’s perhaps more interesting to review OnePlus’ overall line up and the impact of that.

So OnePlus is very much filling out the product range in areas that are definitely not flagship killers. Let’s look at the prices (all GB£) across the portfolio for phones that are (or will be) available to buy.

Looking at this, OnePlus has now got a phone for you whatever your budget (and I think the base price of the 8 is likely to drop by £50 soon). That’s quite a turnaround in six months from when arguably there were only two phones in the range – 8 and 8 Pro. I know that’s not strictly true with older models being on sale too, but it seems to me that there’s now a conscious effort to have phones at every price point. Let’s not forget that the 7T is only a year old and Apple has a similar strategy for its previous generation models too.

OnePlus still meet their value criteria as all of these look pretty well-specced for the price point, though some commentators reckon the Nord and the 8T are the best value devices given the specs. Personally, my smartphone budget is usually sub £500 and my last two mobile phone purchases were both “previously enjoyed” models, saving even more money. But that’s not the point here: OnePlus now have a full portfolio of products from £179 to £899 offering value-for-money smartphones whatever you have to spend.