Another week, another phone launch and it’s LG‘s turn with the new LG Velvet. For those keeping count, the Velvet is really the next iteration of the G8, so think of the Velvet as the G9, though it’s not quite as high-end as might be expected from the G-range. That’s not to say it doesn’t have a couple of tricks up its sleeve. Let’s take a look.

From the front, the Velvet looks like most of today’s smartphones: 6.8-inch 1080 x 2460 OLED screen with a 20.5:9 aspect ratio. No real surprises there, but round the back it’s a little bit different. Instead of a dark cluster of lenses, the Velvet has a raindrop effect, with a larger lens at the top, two smaller lenses below and a flash at the bottom, all spaced out . It’s a good look – check the picture. The cameras themselves are a 48 MP main sensor, an 8 MP ultra-wide camera and a 5 MP depth sensor. It’s a 16 MP selfie shooter on the front. As expected for a phone of this calibre, there’s an in-display fingerprint scanner.

Driving the smartphone is a Snapdragon 765G chipset with 5G support. There’s 8 GB of RAM, 128 GB of storage and a microSD card slot which is always a welcome addition. The 765G might not be top of the range but it’s a strong performer and most people will find it very acceptable. 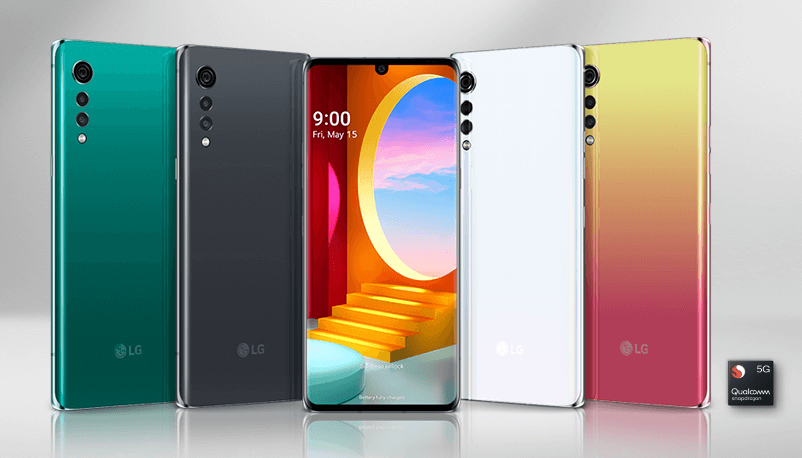 Keeping the juice flowing is a 4,300 mAh battery, and the Velvet offers both wired fast charging and 10 W wireless charging. I imagine that battery will keep the phone going for over a day. In terms of other features, the Velvet has IP68 rating for dust and water ingress, and there’s a 3.5 mm audio socket for the audio fans.

And for the Velvet’s party tricks…to start with there’s support for LG’s dual screen accessory, which I think is a great idea to increase screen real estate without the risks of a folding screen. But in addition to the dual screen, the Velvet also supports a stylus pen for fine editing and control. That’s something that I’ve only heard of on tablets and it’ll be interesting to see it in action on a phone. It’ll be even more interesting if the dual screen supports the pen too.

For now, the Velvet is only available in South Korea but an announcement is expected in mid-May regarding the rest of the world. Price-wise, it’s going to be ₩899,800 in S Korea, which is around US$730.