Back in 1959, Fortune worked with Institute of Design at the Illinois Institute of Technology (IIT) to produce The 100 “Best Designed” Products. The original article is here and within the list are objects still recognised and valued today: Barcelona chair, Anglepoise lamp, Vespa scooter, Zippo lighter, Chemex coffee maker and Leica camera. Others will be recognisable only from the history books, like the Ford Model T, and others will be bewildering, such as the IBM Time Data Punch. 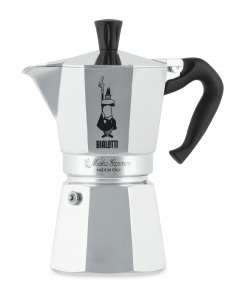 Sixty years on and still working with the IIT Institute of Design, Fortune has updated the list for the 21st century: The Greatest Designs of Modern Times. This time the list is far more recognisable but has expanded into areas only dreamed of in 1959. Unsurprisingly, numerous Apple products rightly make the list with the Apple iPhone in at #1. There are online services like Uber and Netflix; long loved toys like Lego stand alongside Pokemon and Super Mario Bros; the cult Black Wing pencil makes it in at #100.

Fortunately, it’s not all post-war design and a few of the original 1959 entries make it into this list – the geodesic dome, Futura typeface and Olivetti typewriter. The designers themselves are incredible visionaries and some are household names like Jony Ive and Dieter Rams. Furniture design is particularly timeless – Ray and Charles Eames, Alvar Aalto and Eero ­Saarinen all have mid-century designs recognisable today. It’s not all expensive either: the Braun calculator and the Bialetti Moka Pot are around GB£25. The Ikea’s Billy bookcase puts in an appearance at #41.

Take a break from worries of the day and marvel at some truly wonderful Designs of Modern Times.