Hot the heels of the OnePlus 7T launch last month in US and India, the 7T Pro and 7T Pro McLaren Edition were revealed in London, fulfilling the promise of “more to come”. In line with the OnePlus modus operandi, the T editions are the performance upgrades to the standard models released earlier in the year. So what’s changed for the 7T Pro? 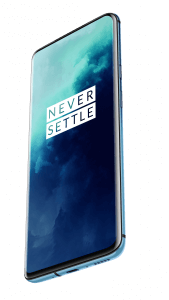 Under the hood, there’s an upgrade to the processor with the Qualcomm Snapdragon 855 Plus, boosting graphics rendering and processing speeds by 15%. On the power side, OnePlus’s latest fast charge technology “Warp Charge 30T” is brought to the new OnePlus 7T Pro. Results include 23% faster charge speed than Warp Charge 30 and charging to around 68% capacity in just 30 minutes. 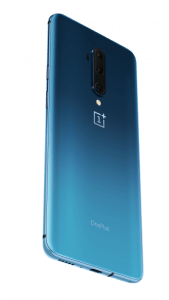 What hasn’t stayed the same is the camera which now has three lenses on the back for a new macro mode for really close-up photography. On top of that there’s an advanced hybrid image stabilization system combining OIS and EIS technologies for smooth and clear videos. As with the 7, the front-facing selfie cam pops up from the top.

On the software side, OxygenOS has been updated to version 10, making it the first phone to come with Android 10 out of the box.

“The new flagship smartphones we unveiled today showcase OnePlus’s constant pursuit of an excellent user experience,” said Pete Lau, CEO and Founder of OnePlus. “The OnePlus 7T Pro combines the latest innovations with our signature features such as 90 Hz Fluid Display and a triple camera setup for the next level in fast and smooth experience. We’ve also teamed up again with McLaren to challenge the standards for a premium smartphone.” 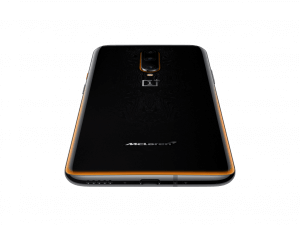 And if the 7T Pro wasn’t enough, then take a look at the McLaren Edition. With orange highlights, it references the legendary motorsport firm – only Ferrari have more F1 wins – with papaya orange trim. Frankly, I think they should have made the back completely orange.

In the box, there’s a custom case for the OnePlus 7T Pro McLaren edition, which is covered with Alcantara, a composite fabric material that provides a soft and subtle feel while being good and grippy.

The software on the phone has been tweaked too with McLaren animations, themes and wallpapers. The lock screen features a minimalist timepiece, inspired by McLaren’s dashboard instrumentation. For notifications, the display’s curved edges softly illuminate with a papaya orange glow. Additionally, custom-made icons complete the overall McLaren experience.

The McLaren edition is turbocharged with 256 GB of storage and 12 GB  RAM. Expect to pay an additional £100 for the privilege.

“Following last year’s successful ‘Salute to Speed’ launch we’re excited to once again be launching a limited-edition McLaren device with our partner OnePlus. We are two challenger brands whose restless pursuit of innovation reaches its pinnacle with the new OnePlus 7T Pro McLaren Edition. The OnePlus 7T Pro McLaren Edition celebrates our brands’ shared passion for design, craftsmanship and innovation and we look forward to seeing how this is received by technology enthusiasts and McLaren fans worldwide.” Mike Flewitt, Chief Executive Officer, McLaren Automotive.