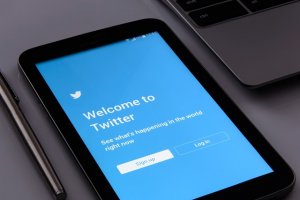 Twitter is in the process of letting users follow topics in a similar way to how they already follow accounts. According to The Verge, the feature is not quite live yet. When it goes live, users will be able to follow topics like sports teams, celebrities, and television shows. A selection of tweets of topics that are of interest to you will appear alongside tweets in your home feed.

Topics will be curated by Twitter, with individual tweets being identified through machine learning rather than editorial curation, the company said. For now, only sports-related interests can be followed, said Rob Bishop, a Twitter product manager. The feature is now being tested on Android.

The Verge reported that Twitter made this announcement at an event with reporters, which probably explains why I can’t find anything official about it on Twitter’s accounts or its blog. I’m going to assume Twitter will issue a press release, or something with more details about this change, soon.

From what I can tell, there are some cool things about being able to follow topics. You can mute topics. So, for example, if you followed a topic about a specific sport, but the information isn’t about your team right now, you can mute it. The Verge reported that people can mute TV show topics – to avoid spoilers.

Overall, it sounds like Twitter is trying something different that could, potentially, reduce the toxic polarization that Twitter is currently full of. If Twitter makes it easier to find things users enjoy, perhaps this will influence people to be nicer to each other.