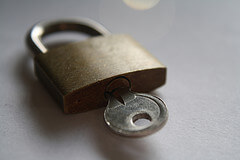 President Obama signed a bill into law that is going to make a lot of cellphone users very happy. The bill was called the Unlocking Consumer Choice and Wireless Competition Act. This bill was written in response to a We the People petition that was titled “Make Unlocking Cell Phones Legal”.

There are some things to be aware of, however. The new law doesn’t override terms of service contracts that people have already signed with their carriers. In other words, if your contract said that you can’t unlock your device for two years after you purchased it – you are still going to have to abide by that contract. Details on contracts vary by device and carrier, though, so you might want re-read yours.

This new law does not legalize the unlocking of tablets or other devices – only cellphones. However, wording in the bill does instruct the Library of Congress to consider making exemptions for those devices when it reviews things next year. That brings me to the key thing to know about this new law. It is a temporary solution! The Library of Congress will be reviewing exemptions again in 2015.