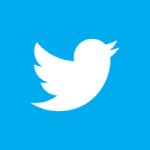 Elon Musk said he would reinstate Donald Trump’s account on Twitter Inc. after polling users on the platform, broadening the former president’s potential reach days after he declared another run for the White House, The Wall Street Journal reported.

The move also underscored how Mr. Musk has made himself the principal decider on all things Twitter after buying the platform for $44 billion late last month. Mr. Musk had previously said he would establish a content council to weigh in on account reinstatements.

According to The Wall Street Journal, the Twitter poll that Mr. Musk launched Friday recorded 51.8% of votes in favor of reinstating Mr. Trump’s account and 48.2% against. Minutes later, Mr. Trump’s Twitter account was restored, though he hadn’t tweeted. His most recent tweet was dated Jan. 8, 2021.

The Wall Street Journal also reported that hours before the poll closed, Mr. Trump, at an event, said he saw no reason to rejoin Twitter and would stay on the social-media platform he set up since. He posted there Saturday evening to encourage followers to vote in Mr. Musk’s poll “with positivity,” but said he planned to remain on his platform.

The New York Times reported that Mr. Trump, who did not immediately return a request for comment, had announced on Tuesday that he planned to seek the White House again in 2024.

According to The New York Times, Mr. Trump is obligated to make his posts available exclusively on Truth Social for six hours before sharing them on other sites, according to a filing with the Securities and Exchange Commission. He can post to any site immediately if the messages pertain to political messaging, fund-raising, or get-out-the-vote initiatives. Truth Social did not return a request for comment.

Reuters reported that Trump’s Twitter account, which had over 88 million followers before he was banned on Jan. 8, 2021, began accumulating followers and had nearly 100,000 followers by 10pm ET Saturday. Some users initially reported being unable to follow the reinstated account on Saturday evening.

According to Reuters, Trump, who on Tuesday launched a bid to regain the White House in 2024, praised Musk and said he had always liked him. But Trump also said Twitter suffered from bots, fake accounts, and the problems that it faced were “incredible”.

Personally, I think Elon Musk is struggling to make Twitter work. He’s fired a lot of workers, and saw others opt-out of experiencing what Musk described as “extremely hardcore” Twitter. He closed Twitter’s offices recently. Mr. Musk reinstated Trump’s account and Trump declined to return to Twitter. Elon Musk has really made a mess of things.