Hardly a day goes by at the moment without a new smartphone being announced and here we have DOOGEE, adding the S58 Pro to their rugged line-up. Unlike the average smartphone, the S58 would be entirely at home in a futuristic sci-fi thriller with its radical design, but closer to earth the S58 Pro is perfect for the great outdoors with advanced shock protection and IP68 water resistance. 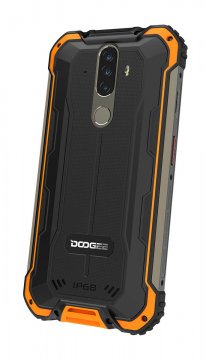 For those unfamiliar with DOOGEE, the company is a Spanish-Chinese enterprise founded in 2013. The company claims to be the “world leading rugged phone brand” and their flagship tough phone carries IP68, IP69K and MIL-STD-810G certification. Sitting towards the lower end of the DOOGEE range, the new S58 Pro continues the tough tradition with IP68 certification and shock protection.

Powering the S58 Pro is a 5180mAh high-capacity battery which supports 12V/2A fast charging, giving over 2 days of average use. In more detail, the phone will play video for 16 hours, games for 12 hours and music for 42 hours. That’s fairly impressive. 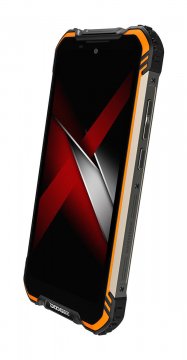 Returning the cameras, the S58 Pro a triple camera array on the rear, with a 16 MP main shooter using the Sony IMX298 sensor, a 2 MP ultrawide and a 2 MP macro camera. The selfie cam on the front uses a 16 MP Samsung unit. There’s nothing to write home about here, but it’s all perfectly acceptable for the price point. Also round the back is the S58’s fingerprint sensor which is easy to use while staying secure.

With the technical specs out the way, let’s look at what makes the S58 Pro a little bit special. On the outside, the S58 looks rugged right from the start. It’s protected by a high strength rubber more usually found in off-road tyres which helps provide 1.5 m drop-protection. The phone is certified to IP68 which means it can be used underwater or in humid environments and can be submerged up to 1m deep underwater for up to 24 hours or 1.5m depth for 2 hours. For the adventurous traveller, the phone copes with extremes of temperatures from 70°C to -55°C. That’s quite chilly. The S58 is available in Army Green, Fire Orange and Mineral Black.

Interestingly, the S58 Pro has an extra button on the side which can be customised to access seven shortcuts for apps. This can be changed by the user and includes turning on the torch, opening an SOS app, starting game mode, recording a voice memo, taking screenshots and turning on the underwater camera. I haven’t actually seen this feature in action but it sounds like it could be very useful if you’re trying to use the phone while wearing gloves or if you need to get at an app quickly.

In terms of pricing, the DOOGEE S58 Pro sneaks in under the US$200 and GB£200 mark, making it good value for an outdoor-oriented phone. The S58 Pro is available now from Gearbest and AliExpress for US$199.99 and from Amazon UK for GB£189.99.