Like all good rock stars, the OnePlus ConceptOne is going on the road with a short US, European and Indian tour. Kicking off in Paris on 5 February,  the show will visit Seattle on Feb 6, take in three cities in India on 8 February before finishing in Copenhagen on 19 February. Each event will give people the opportunity to experience the ConceptOne for themselves, seeing the electrochromic glass in action and feeling the Concept One’s premium leather finish. Full details of the Tour are here including details of how to attend the events. 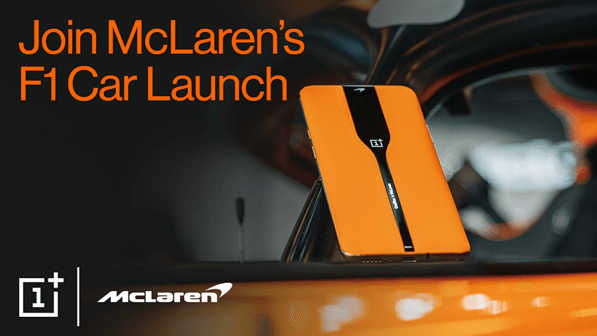 And if that’s not enough, OnePlus and McLaren are offering the chance to win one of sixteen tickets to the MCL35 car launch. On 13 February, the iconic McLaren Technology Centre will host one of the most exclusive events of the year, as McLaren reveals the MCL35 which will compete in the 2020 Formula 1 season.

In addition to trying out the new OnePlus Concept One, winners will get an exclusive seat to witness the MCL35 reveal before anyone else in the world, along with a guided tour of the McLaren HQ to introduce the history of the McLaren brand. That’s one top prize.

More details on the contest are here. Good luck!