US multinational Macate are coming to the UK with the intention of launching their secure smartphone here later in the year. Setting up in Kensington, London, the Genio smartphone is a mid-range Android device with an emphasis on security. 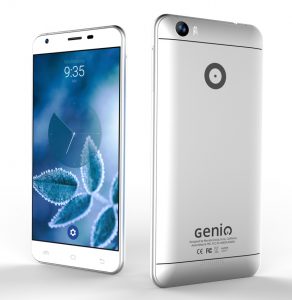 The bare specs are a 5″ HD screen driven by a 1.3 GHz quad core processor with 2GB RAM and 16GB storage, though this can be expanded with a microSD card. The Genio has two cameras: a 13 MP rear camera and a 5 MP front selfie shooter. For lovers of stock Android, it’ll run Nougat 7 out of the box.

The Genio is encrypted as standard (AES256) and comes with secure messaging app NetMe from Macate’s software development team Codetel. The NetMe supports all the usual features of text, audio and video messaging and attachment sharing. They’ve also an encrypting email app too which I imagine will be pre-installed too.

The new UK team will be headed up by Darren Gillan, previously of Vertu, and he said, “We’re excited to be adding a UK base to our growing global network. Mobile security is a big issue for many consumers; they need a device that operates seamlessly but also securely. At Macate we’re dedicated to the development of cybersecurity and we’re delighted to be bringing that expertise to the UK mobile market in the form of Genio.”

Once on sale, the Genio will come in four colours, white, light golden, black and (pink) champagne, and will retail for £249. Obviously at this stage it’s hard to tell what the phone will be like, but hopefully we will get more details closer to the launch.