After months of speculation, a trickle of teasing and a bucketful of leaks, the OnePlus 5 has landed. Much as expected it’s a strong evolution of the brand, following on thematically from the 2, 3 and 3T with a 2017 design makeover. 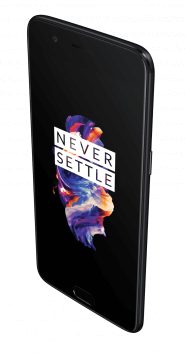 Running through the main specs, it’s  a 5.5″ full HD 1920 x 1080 AMOLED screen with Gorilla Glass 5 powered by a Qualcomm Snapdragon 835 octacore processor running at up to 2.45 GHz. There are two memory and storage configurations; one 6 GB RAM, 64 GB storage and one 8 GB RAM, 128 GB storage. The storage memory now uses UFS, which will give a significant speed boost over eMMC.

The OnePlus 5 is expected to have a 20% improvement in battery life over the 3T with a 3,300 mAh battery. Despite being only 7.25 mm thick, OnePlus have managed to retain the stereo audio jack and no-one needs to rush out and buy USB C or Bluetooth headphones. Phew.

The big news is the dual camera system developed in conjunction with Sony and DxO. A custom-made 16 MP sensor is supported by a 20 MP sensor with a telephoto lens which measures the distance between the OnePlus 5 and the subject of the photography. A large f/1.7 aperture allows for faster exposures and helps compensate for stuttering to improve image stabilisation. There’s even clever processing to eliminate noise from low-light photographs. 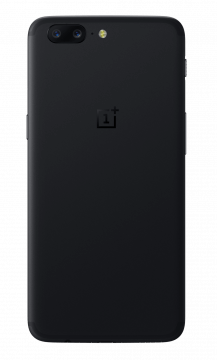 In a special portrait mode, the both sensors work together to create a focal separation between faces and backgrounds, while a custom software algorithm makes subjects clear and well-lit. This results in a the now well-know depth-of-field (bokeh) effect that blurs the backdrop while keeping the subject in focus. Even with strong backlighting, the OnePlus 5’s high dynamic range (HDR) reveals the subject clearly and avoids turning them into silhouettes.

“The OnePlus 5 showcases our obsessive attention to detail and our focus on delivering the best user experience possible,” said OnePlus Founder and CEO Pete Lau. “We have applied this approach to all aspects of the OnePlus 5. For example, the dual camera provides some of the clearest photos on the smartphone market today and gives users more control to take stunning photos in all conditions.” I don’t think he’s kidding either, going by some of the images shown off in the launch video.

The fashionistas might be slightly disappointed as at launch there’s only two finishes, Midnight Black and Slate Gray. You can only choose the finish via spec too. For black, you need to splurge on the 8 GB / 128 GB version, whereas the gray finish comes with the cheaper 6 GB / 64 GB edition.

The first shipments will begin on 21  June  though you’ll need a special code to get in on the first drop. The code’s in the launch video. General sales begin on 27 June. The OnePlus 5 will be available for direct purchase at one-day pop-up stores in New York on 20 June and in London, Berlin, Paris, Amsterdam, Helsinki and Copenhagen on 21 June.

Overall, the OnePlus 5 looks to be a great new flagship phone. Can’t wait to get my hands on one.