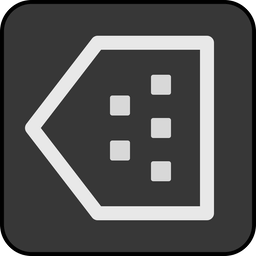 Much has been said about the new Touch Bar feature on the latest version of Apple’s flagship laptop, the MacBook Pro. Some see Touch Bar as a cool new feature, with unlimited potential for different uses. Others look at Touch Bar as a gimmicky afterthought. Just a new shiny thing in a parade of new shiny Apple things that doesn’t add much in the way of true functionality to the MacBook Pro. The debate is sure to rage on for months (if not years) to come.

Regardless of how anyone feels about Touch Bar, the feature is only available on new MacBook Pros. Apple hasn’t said publicly if Touch Bar, or similar technology, will be added to other Macs in the future. If you’re intrigued by Touch Bar but don’t have the scratch to go out and purchase a new MacBook Pro, you might want to check out a new app from Red Sweater called Touché. The app can add Touch Bar-like functionality to any Mac by providing a graphical representation on screen of the commands assigned to the function keys of a Mac’s active application. (This mimics Touch Bar somewhat, as Touch Bar replaces the function keys on the new MacBook Pro entirely.)

Touché is a free download and carries these requirements:

Touché requires macOS 10.12.1 or later, but there’s a catch! You must have the very latest 10.12.1, with system support for the Touch Bar. If your 10.12.1 version is specifically 16B2657, you’re good to go. If not, you can update to the required version here. You can confirm you are running 16B2657 specifically, by clicking the version number in the About this Mac panel.

If you’re curious about the Touch Bar experience but don’t have access to a new MacBook Pro, give Touché a try!