Designing out the headphone jack on the iPhone was a brave move by Apple but the price of both Bluetooth headphones and speakers have fallen to the level of an impulse buy. Consequently the change isn’t quite as costly as it would have been a few years ago. Naturally audiophiles may disagree on audio quality grounds. Still, anyone with a Bluetooth equipped smartphone might be interested in this compact portable speaker for music on the go.

On review here is the iClever Wireless Speaker (IC-BTS04). It’s shaped like a small brick measuring 16.2 cm by 6.2 cm by 2.8 cm and weighs a little over 250g. Consequently, the BTS04 can be conveniently slipped into a cargo pocket or a backpack for travel. Unlike some of the more brightly coloured competitors, this speaker goes for understated black plastic and dark grey metal. It certainly doesn’t shout “look at me!” 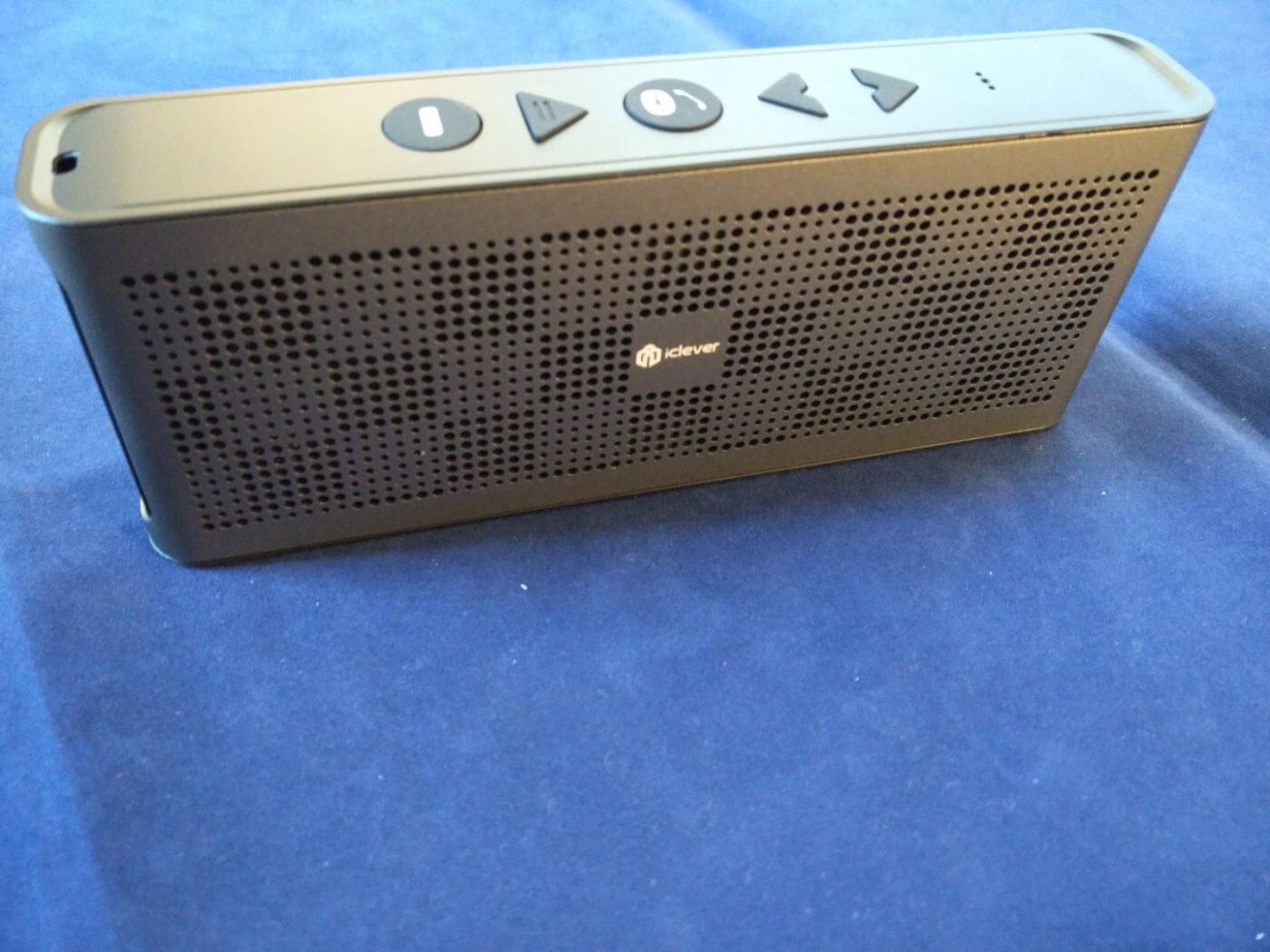 Along the top there are five buttons for controlling music and managing calls. Round the side is the microUSB charging port and audio input socket, both covered by a rubber flap. There’s some nice details to the speaker, with small hex screws on the metal grilles.

In the box there’s the speaker itself, a carry strap, a 3.5 mm audio cable, USB charging cable and the usual assortment of instructions, guarantees and happy sheets. 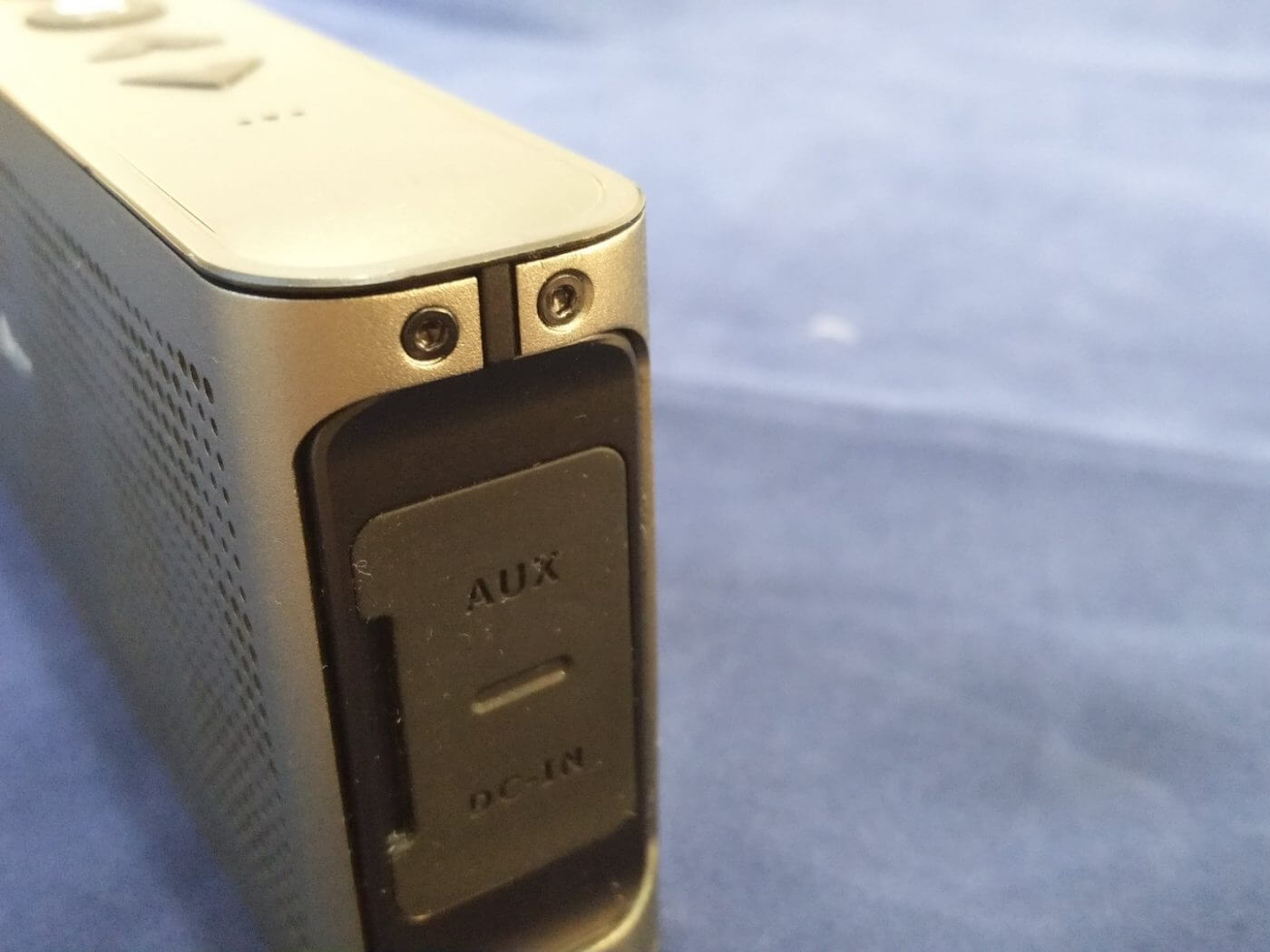 Getting started is easy once you figure out which is the power button. Oddly it’s marked with a “minus” sign rather than the usual circle and bar but once that’s pressed for a few seconds, the BTS04 powers up and the LED on the middle multifunction button starts flashing for pairing mode. After that it’s the normal process which ends with a voice announcing “Connected” and the blue LED on the button going solid.

With music playing, the buttons work as expected. Play / pause, next track, previous track. For volume control, the two track buttons are used with long presses: to start with I found this a little fiddly and jumped tracks instead of adjusting the volume but I got the hang of it. In terms of loudness, it’s surprisingly loud for a pair of 5W speakers. It has little sticky feet on the bottom which keep it still on smooth surfaces, otherwise it would vibrate its way across the table at full volume. While the sound quality isn’t going worry Sonos or Bose, it’s fine for a some casual listening in the office. 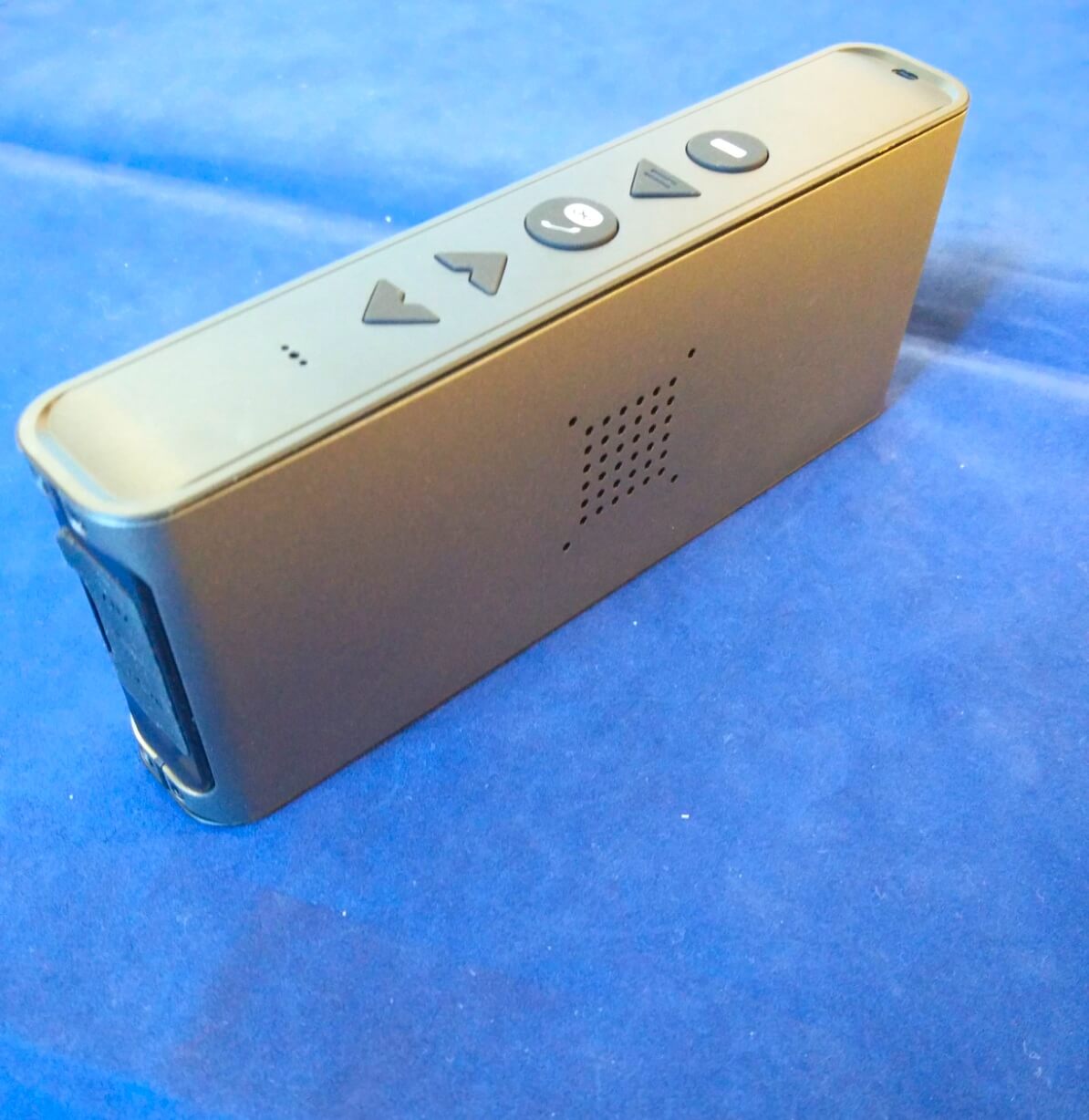 Battery life is rated at 10 hours which sounds about right as I got more than a working day of tunes. The multifunction button glows red during charging or if the battery power gets low.

If I’m being honest, the iClever speaker doesn’t have a single standout feature, but it is a neat assembly of features that won’t disappoint – solidly made, reasonably loud, decent sound, blends in, doubles as speakerphone. Priced at US$27.99 or GB£24.99, it’s a perfect Christmas present for someone who prefers something discrete. I suspect teens and tweens would want something more colourful.

Thanks to iClever for providing the IC-BTS04 for review.