Powerline specialists Devolo have moved into the smart home business with Home Control, a Z-Wave based system that incorporates powerline networking. Regular readers will have seen two unboxing videos previously. This post has more photos and details of the various components, sensors and accessories available.

The central unit is at the heart of the Home Control system and communicates via Z-Wave with all the sensors. Part of the Starter Pack, it’s a Devolo dLAN powerline adaptor too, so can be incorporated into an existing powerline network, though this feature doesn’t seem to be advertised very well. This is the UK version, as can be seen from the plug and it has a single network port which is used to connect to a router if there is no existing dLAN network. 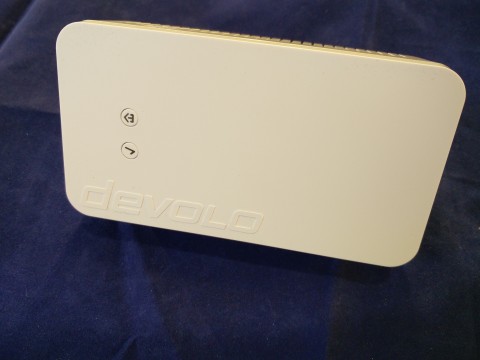 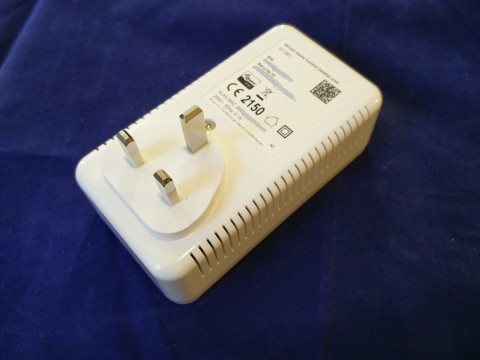 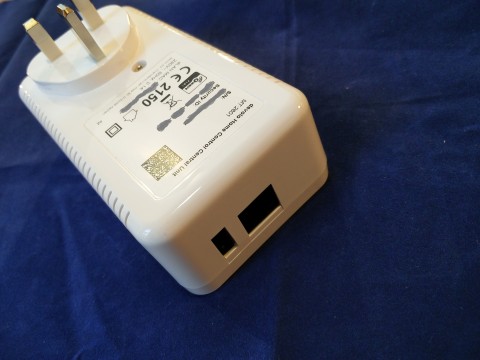 Currently, the USB port is not used.

As with the Control Unit, this is the UK spec version of the Smart Metering Plug. As might be guessed from the name, not only can the plug be switch on and off remotely, it can provide power consumption information to show how much power is being used by the connected devices. The crystal LED lights up to show when the plug is on and it works as a manual on / off button too. 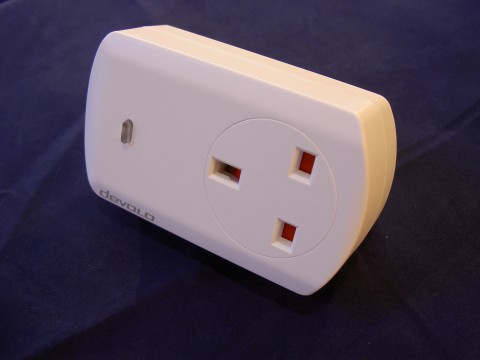 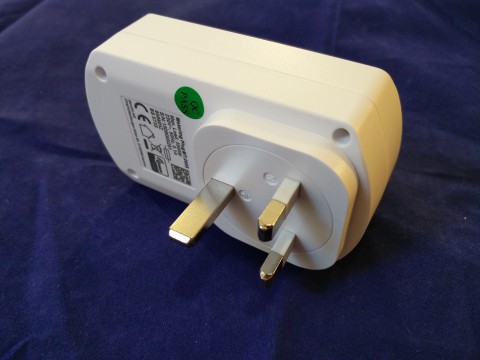 The Motion Sensor and the Door / Window Contact are different sensors but physically they look the same – long half cylinders with a PIR-style window at the top. Obviously one detects motion and the other when a door or window is opened or closed by the proximity of magnet. In addition, both units measure temperature and brightness. Slightly annoyingly, a red LED lights up when both sensors are activated. 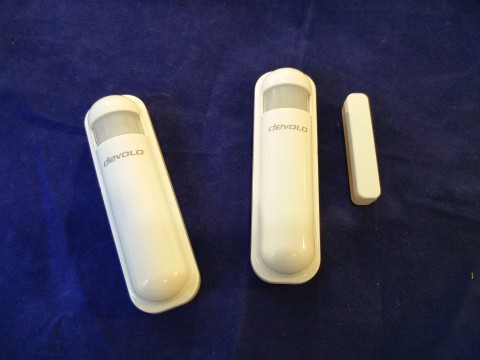 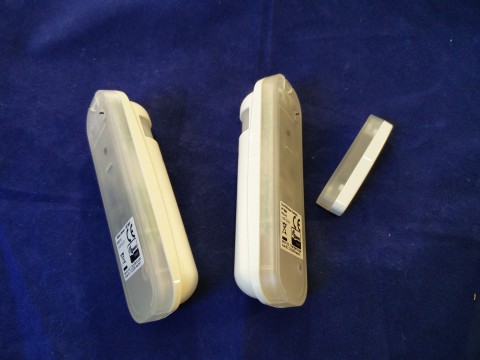 The Key-fob Switch is a four button unit with two larger buttons and two smaller buttons. The Key-fob seems well made in metal which will put up with abuse from nearby keys and there’s a sliding plastic covered that will prevent accidental presses. Within the Devolo portal, each press can initiate an action, e.g. turning on lights, but more on this in the next post. 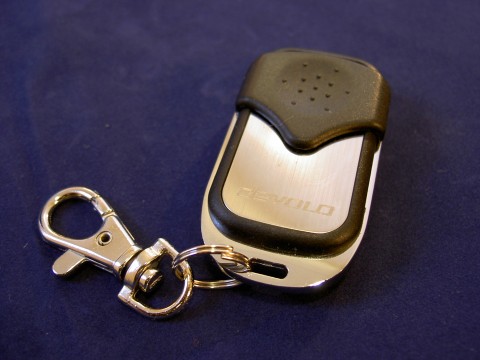 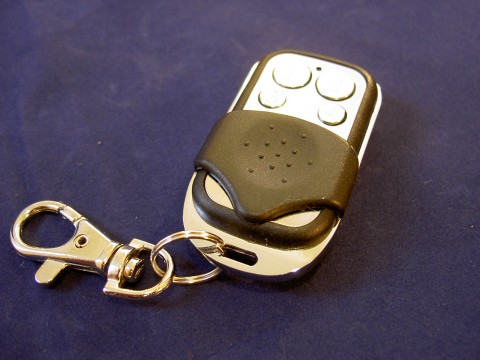 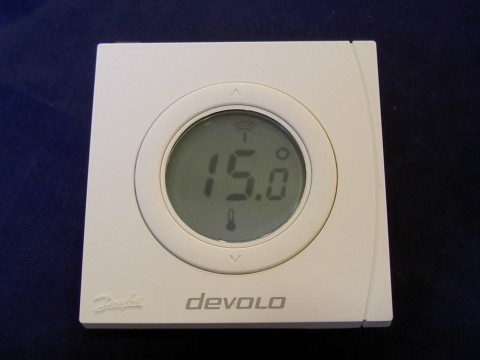 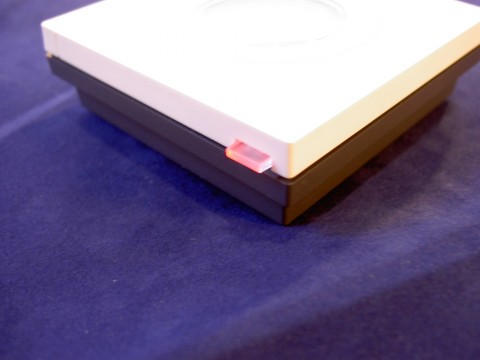 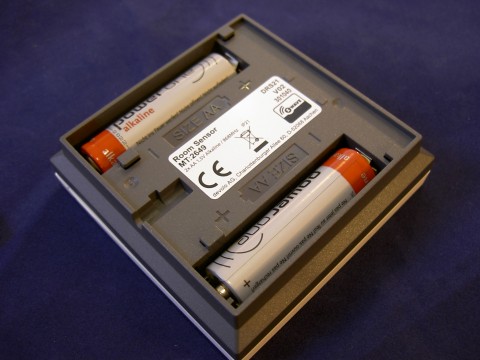 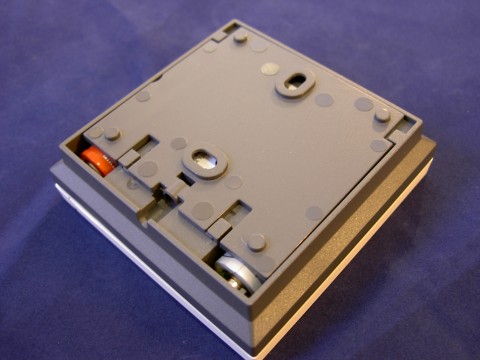 The Wall Switch is very much in the style of continental light switches rather than the UK’s narrower style but it’s still a very useful addition to the range of accessories. Powered by CR2032 battery, the switch can be configured either as a single or double switch and although it looks like a rocker switch, it’s more of a push switch with four switches – upper left, lower left, upper right, lower right. Consequently the message from the switch is typically “button x was pushed (and released)” rather than “button x is currently pressed”.

The switch disassembles to change the battery or change from single to double switch, though you have to be brave when pulling it apart! 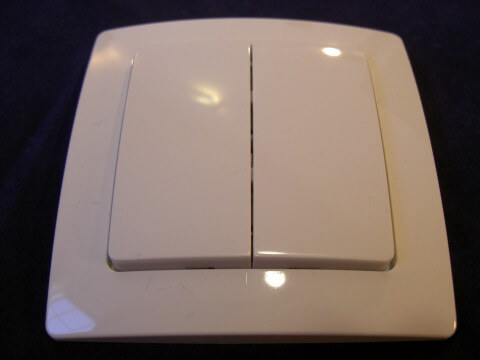 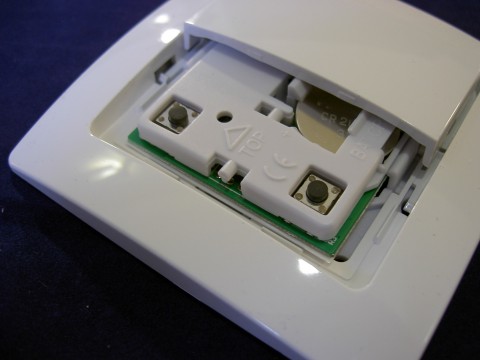 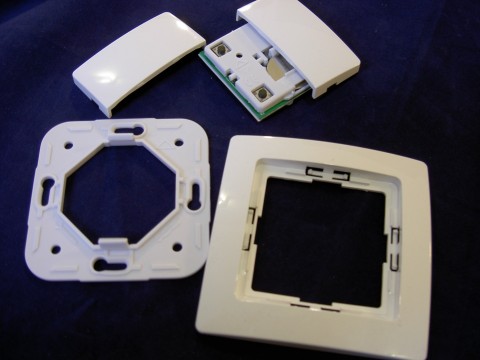 The Smoke Detector is much like other smoke detectors in that there’s a very loud alarm when smoke is detected. Unlike the average detector, the Devolo version also fires off a message to the Control Unit via Z-Wave, which can then be responded to using rules configured in the Devolo portal.

There’s a test button on the top of the smoke detector as expected; press for a few seconds to check the battery, which is a small CR123 3V battery rather than a 9V PP9. 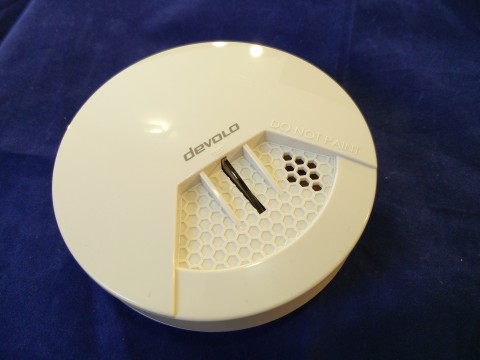 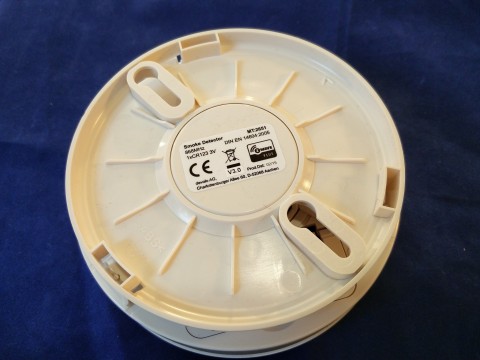 The Radiator Thermostat is a user-fit replacement for many thermostatically-controlled radiators. Simply, the old thermostat is removed and the new smart thermostat is put in its place. It’s straightforward and no plumbing knowledge is required other than how to get the old ‘stat off. The Devolo manual (.pdf) lists compatibility and it comes with two adapter rings, though in my instance I have to further purchase a thread converter (M28 to M30) to fit my old valves.

It takes two AA batteries and works very similarly to the Room Thermostat in terms of measuring and setting temperature. The photo below isn’t the best as it’s not showing the temperature – it won’t until it’s actually connected to a radiator. 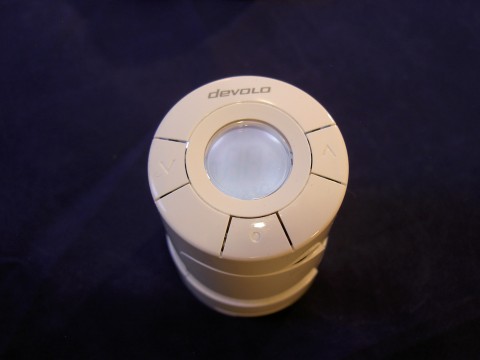 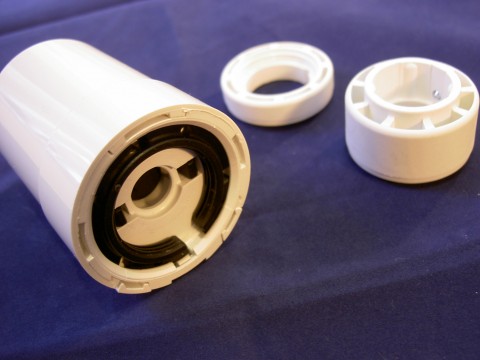 Devolo has created a portfolio of useful sensors and actuators for a comprehensive smart home solution, although it seems that most of the devices are rebranded from a number of OEMs (Danfoss, Philio Tech, TKB, Popp). Regardless, the units all work well together and have a similar finish so it’s a minor point. Note that some of the photos make the devices look a little creamy; in reality they’re all a good clean white.

In the next post, I’ll be looking a Devolo’s  Home Control portal, which is where all the rules and notifications are setup to really make the home smart.

Thanks to Devolo for all the Home Control review units.