While smartphones and tablets are the poster children for the mobile revolution, the Bluetooth headset is an often forgotten cousin. Many of us have used headsets in vehicles out of necessity but being hands-free at the desk is a revelation and once freed from the tyranny of the telephone handset, there’s no going back. Perfect for this journey to freedom is Plantronics latest model in the Voyager series, the Voyager Edge UC. Let’s take a look. 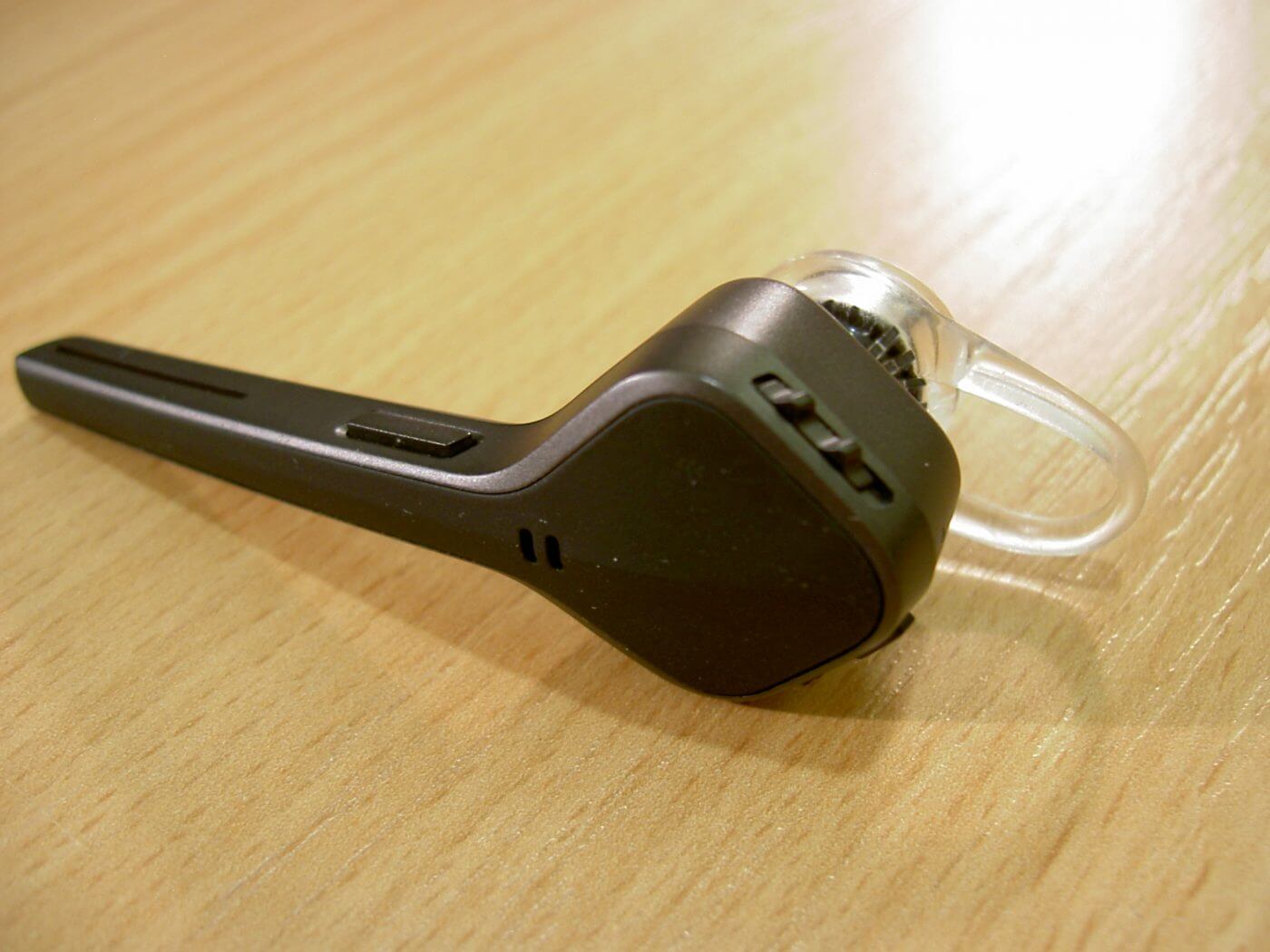 The Voyager Edge is an in-ear Bluetooth headset with a battery-enhanced carry case. With a squarish head and a short stubby microphone arm, the Edge is designed to sit snugly in the ear without the traditional over-the-ear loop. A selection of three silicon ear pieces help get the right fit and I found that a slight rotation of the ear piece kept the Edge firmly in my ear. Looking round the headset, there are an on-off switch and volume rocker on the sides. The whole top surface is a “call” button and there’s a command or “voice” button on the microphone arm. 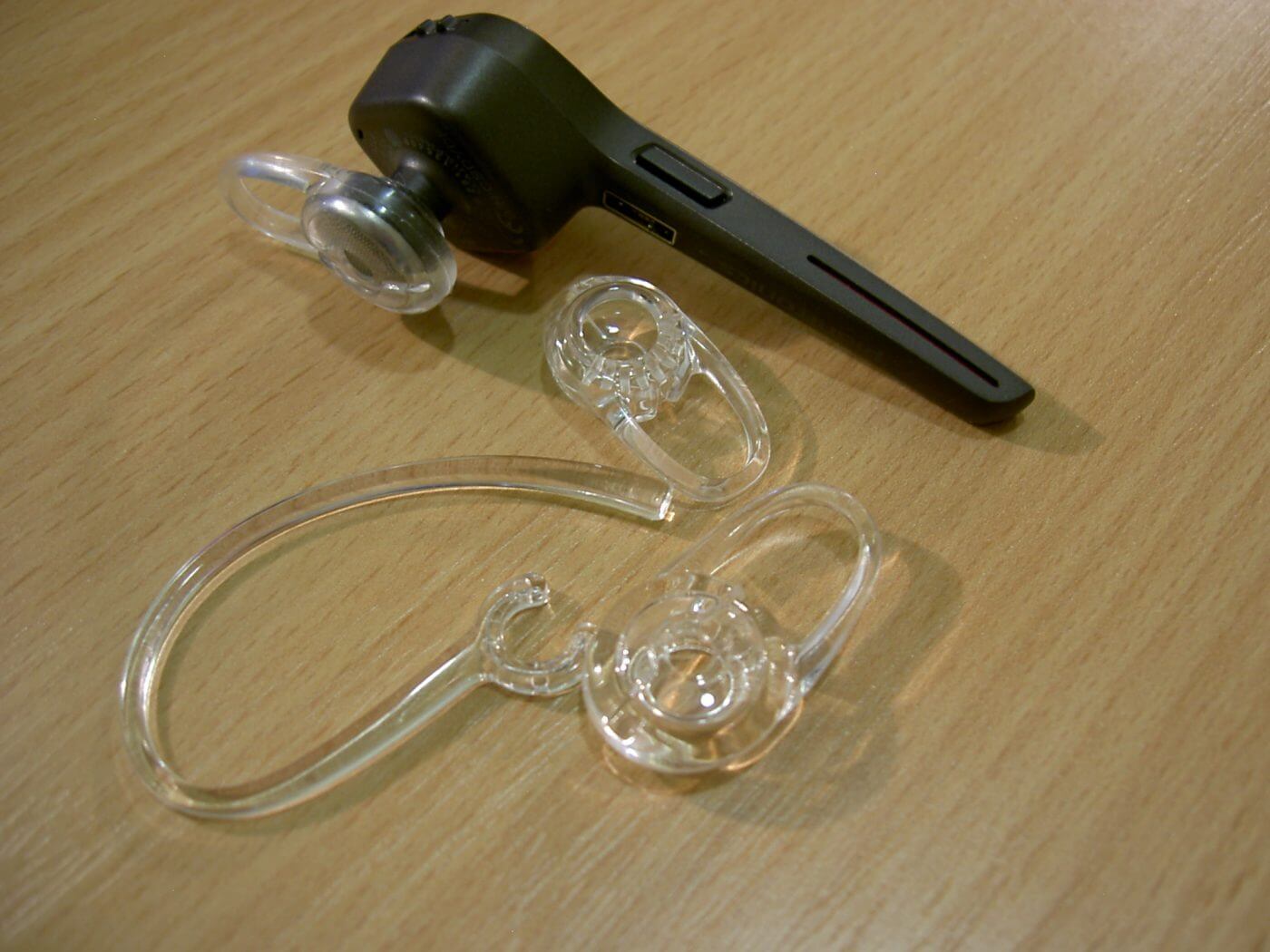 In the box, there’s a charger with both European and UK plugs, a USB cable and the previously mentioned selection of clear silicone earpieces designed to achieve the perfect fit for headset wearers. Obviously, there’s the Voyager Edge itself and there’s the curiously shaped charging carry case. 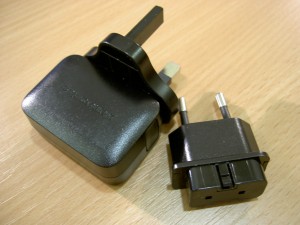 The charging case itself verges on genius. First of all, I love the shape and texture; the curved and ribbed rubber hints at a more natural form, whether bark or shell, I’m not sure. It’s rugged too and I don’t worry about the case rolling around in the bottom of my bag – I’m not so sure I’d say the same thing about the Voyager Legend’s case. The Edge’s case holds both the headset on the top and the Bluetooth transceiver on the bottom. Pushing the headset into the case lights up blue LEDs which show the battery level of both the case and the Edge. The lights turn to red when the battery gets low and charging from the case to the headset starts automatically. The headset is held firmly in the case, needing a good tug with a finger to pull free and in daily use, I rarely returned the Edge to the case except at the end of the day.

There are micro USB ports on both the case and the headset to charge. Talk time is rated at six hours, standby at seven days and the case will recharge the headset about one and half times, giving a total talk time of sixteen hours away from a power supply. Although I was never able to use the headset until the battery died, I’d be confident the figures aren’t far off the mark. 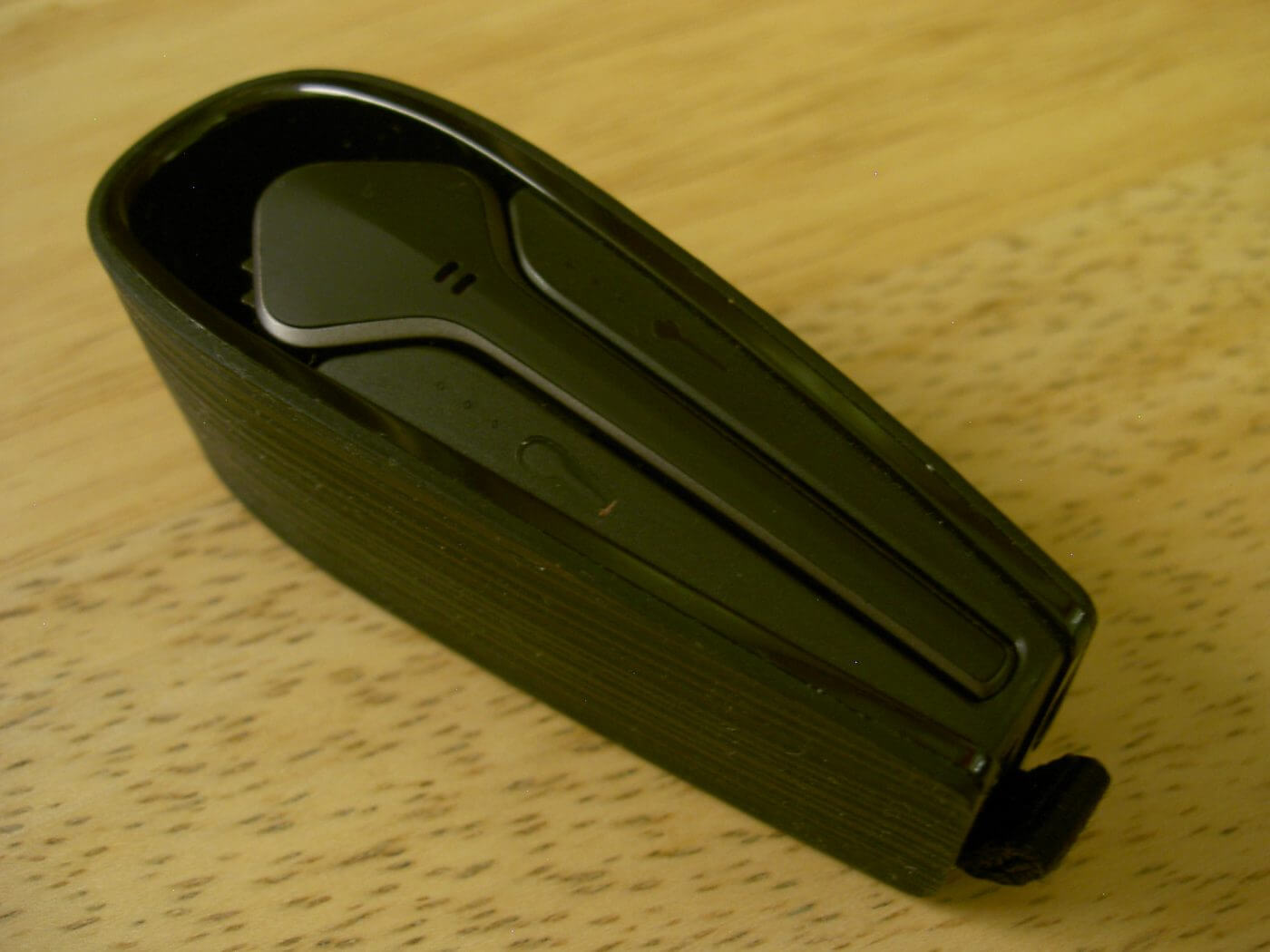 Being the UC or Unified Communications variant of the Voyager Edge, a pre-paired Bluetooth USB transceiver is included which can be kept in the bottom of the charging case when not in use. Getting the Edge setup with Skype for Business or other IP-based telephony system is simply base of plugging the transceiver into a spare USB port and turning the Edge on. 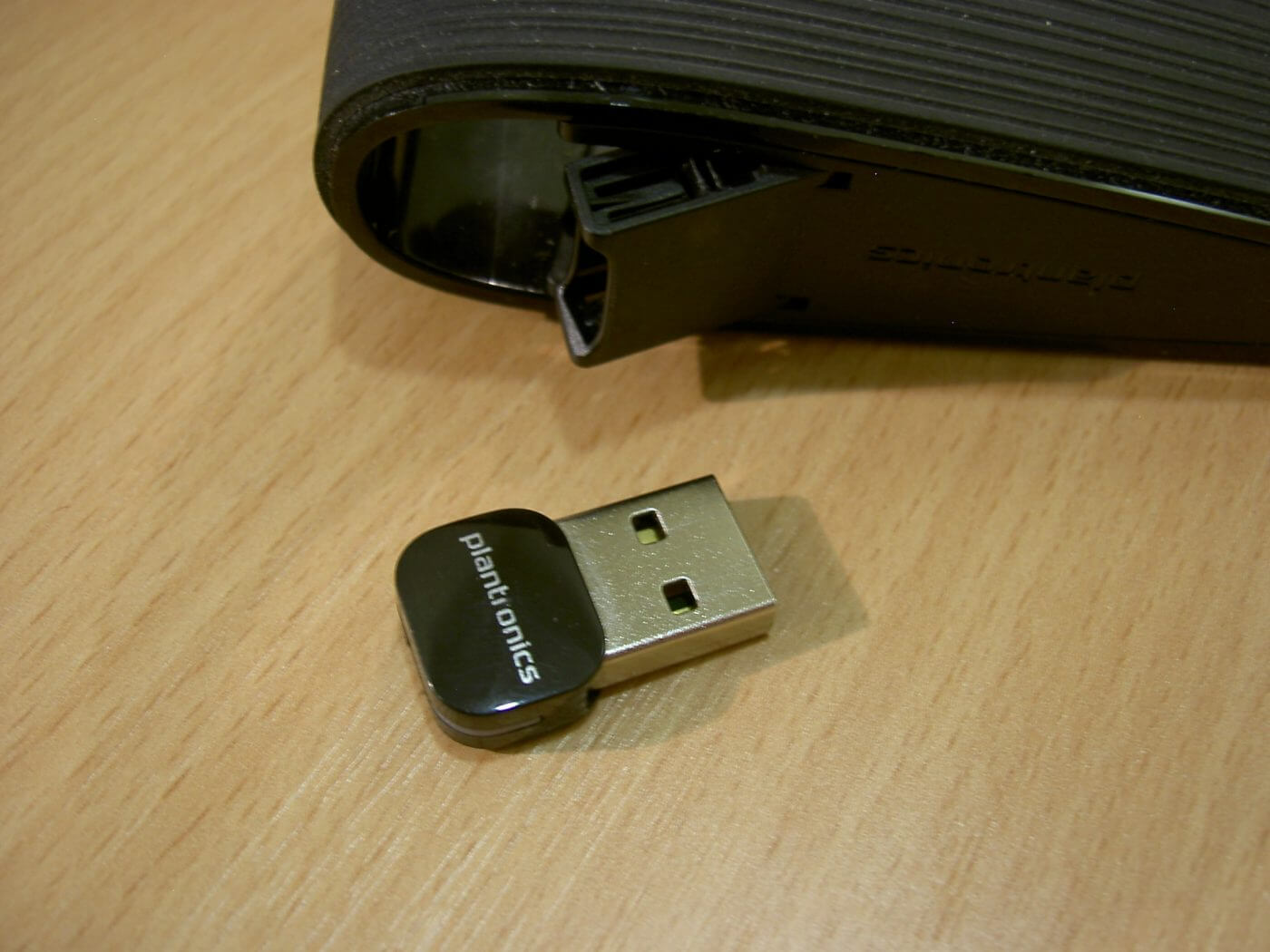 Pairing with a phone can be done in two ways, both of which are easy. If the phone is NFC equipped, hold it up to the top surface of the Edge and pairing will begin automatically. Without NFC, press the voice button on the boom, say, “Pair” and then pair on the phone as normal. I paired with a range of smartphones and tablets without any problems. The Edge will store pairings with up to eight devices, although only two can be active at any time.

The Edge does a great deal based on sensors and voice commands. Putting on the headset will auto-answer an incoming call. With the headset already on ear, saying, “Answer” or “Ignore” will direct the call as desired. Pressing the call button on the top surface will pass voice commands through to the phone’s dialler and calls can be placed without touching the phone.

Call quality was excellent, both when connected via IP telephony and smartphone. When used with Microsoft Lync (or Skype for Business as it’s branded now), no-one had any idea that I was on a headset rather than a handset. I simply love being hands-free at my desk.

Overall, I liked the Voyager Edge. I found it comfortable to wear for extended periods, call quality was excellent and worked well with both my smartphone and corporate telephony. The charge case was robust and didn’t need to be treated too carefully. The truth is that the Edge is currently my headset of choice when I’m out and about, either taking calls on my OnePlus Two or connected into my laptop for internal calls.

At the best part of GB£100 the Plantronics Voyage Edge UC isn’t cheap (the non-UC version is about GB£75) but the Edge is a very good Bluetooth headset that is well matched to today’s high end smartphones and IP telephony solutions.

Thanks to Plantronics for supplying the Voyager Edge UC for review.