Canadian outfit Hexoskin has been in the wearables market longer than most, starting out in 2006 and now has a range of smart shirts with a built-in body metric system to measure heart rate, breathing, activity and sleeping using sensors woven into the fabric of the shirt.

Hexoskin, with the support of NASA and the Canadian Space Agency, created sensors made of textile, leaving almost no hardware in the shirt – there’s no watch or tight fitting chest band required. There is a small recording unit that slips into a side pocket on the shirt and communicates with a smartphone via Bluetooth. Both iOS (Apple) and Android phones are supported, and a downloaded app keeps track of all the data. With over 42,000 data points recorded every minute, there’s a fair amount of data.

In addition to the usual metrics, the Hexoskin system also measures heart rate recovery, heart rate variability, breathing rate, breathing volume, activity level, acceleration and cadence, all in real time. These metrics give users the information they need to plan their training programmes and surpass their fitness and athletic goals. Essentially a wearable precision lab, Hexoskin provides its users with high quality metrics in real time – these are tools for people serious about their performance.

Today, Hexoskin announced child and youth sizes for the Hexoskin shirt, making it the world’s first biometric smart shirt tailor-made for kids and teens. Adapted to fit all the same sensors of the adult shirts into the smaller shirt size, the Hexoskin Junior will be available in sizes XXS to XL. 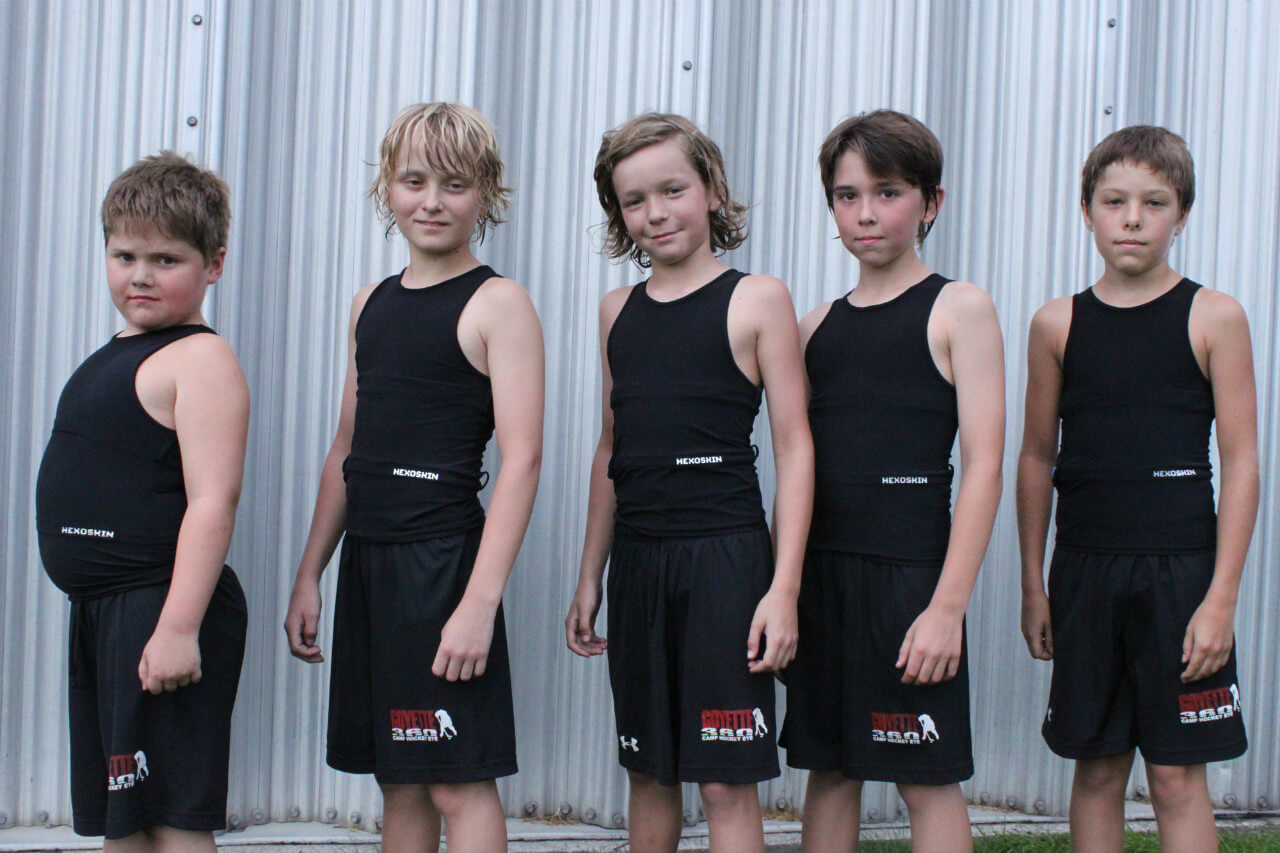 “Youth athletics are popular all over the world,” said Pierre-Alexandre Fournier, Co-Founder and CEO of Hexoskin.  “Whether it’s hockey, baseball, football, soccer, volleyball or track & field, kids are part of intense training programs that are training them to become champions and Olympians.  With the addition of Hexoskin Junior, we’ve set out to provide coaches, parents and kids the invaluable tools our adult shirts provide.”

By reviewing the data before, during and after workout sessions, users can exert maximum training effort, while still avoiding fatigue, overtraining and injuries.  This is particularly important with young athletes, especially since they are still growing and can be at a greater risk for injury than adult athletes.

Hexoskin Junior is available for pre-order in sizes XXS to XL and will retail for $149 for the shirt alone. A full starter pack with monitoring devices is $379. Not cheap but if you are going for gold, it’s probably money well spent. For more information, visit www.hexoskin.com.