Today’s consoles are almost exclusively based round gamepad controllers. Think of the Switch, PlayStation or Xbox and you’ll probably think of the matching gamepad, particularly the Switch’s iconic Joy-Cons. None of them really promote the use of keyboards or mice though Microsoft’s Xbox does a good job in some circumstances.

PC gaming is the other way round, with the keyboard and mouse being the de facto controller and the gamepad falling to second place. And it can be frustrating if you prefer the keyboard over the gamepad when it comes to playing on a console. 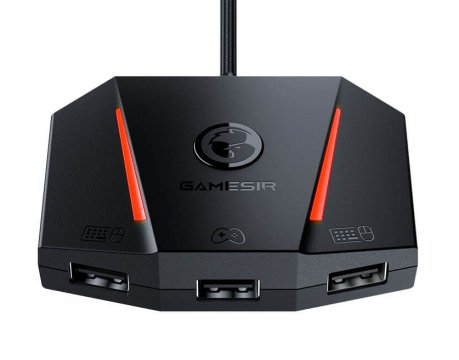 Fear not, for this is where the GameSir VX2 AimBox comes into play. Simply, it’s an advanced programmable USB hub that can configure keyboards and mice for use with game consoles like the Switch. Plugging in to a free USB socket on the console, the VX2 offers three USB A ports and will work with wireless devices as long as they don’t require device drivers. Most units from Microsoft, Logitech, etc will be fine. In addition, there’s a 3.5 mm audio jack, though that doesn’t work with the PS5 (I think the PS5 does its own thing audiowise). Extra power can be supplied if needed via a USB C port.

Where the VX2 AimBox comes into its own is through the complementary app which allows remapping of gamepad controls to the keyboard and mouse. 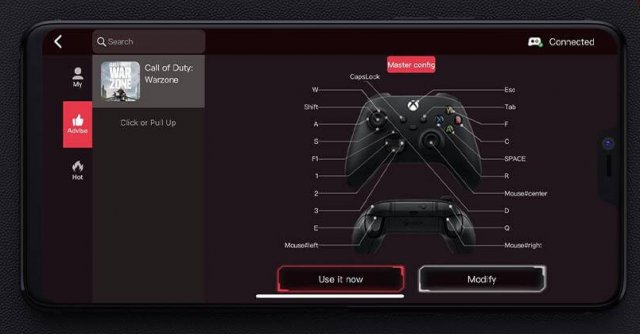 Available for both Android and iOS, the app communicates with the AimBox over the smartphone’s Bluetooth connection.

One word of caution. It’s generally accepted that the mouse and keyboard provide superior gaming control. Don’t abuse it in multiplayer games where everyone else is using a gamepad.

The GameSir VX2 AimBox is compatible with the Xbox One, Xbox Series X/S, PlayStation 4, PlayStation 5 and Nintendo Switch. It’s priced at available US$59.99 / UK£45 from GameSir with Amazon availability expected in December. 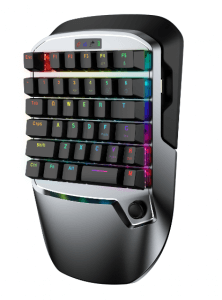 The all-new VX2 is a wireless one-handed mechanical keypad that gives gamers the precise controls of a keyboard on console games on PS3, PS4, Xbox One, and Nintendo Switch. VX2 is available for $149 on Amazon, eBay, AliExpress stores and the GameSir website. GameSir will be available in April 2019.

Building on the popular design of the VX AimSwitch, the all-new VX2 now supports Bluetooth wireless headphones and microphones so users can chat with each other during the game. Ideal for all console games (especially FPS games), gamers will enjoy all their favorites including Black Ops 4, Red Dead Redemption 2, Fortnite, and Rainbow 6 with the new VX2.