Upcoming tech firm Nothing has announced the launch presentation for its new smartphone via a “Save the Date” invite for 12th July ’22 at 16:00 BST. 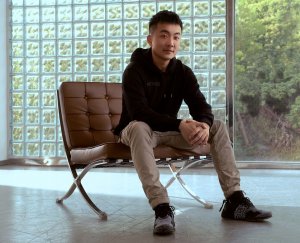 Not familiar with Nothing? Its noise-cancelling earbuds ear(1) went down a storm for the innovative design, sound quality and price, but the real interest in Nothing comes from its founder, Carl Pei, who previously started OnePlus way back in 2013 with Pete Lau. OnePlus’ close links with OPPO mean that some of the startup flair has gone and people have high hopes that Nothing will bring freshness to the somewhat stagnant smartphone market.

The new phone(1) will be Android (obvs!) and Nothing has released a teaser launcher that can be downloaded for many recent smartphones. It has a couple of cool touches and you could use it daily but it doesn’t offer anything very different just yet.

Personally, I’m very interested to see what Carl Pei’s team are going to produce with the phone(1). Sign up to be notified on the Nothing website.

Disclosure: I have a small shareholding in Nothing via community investment