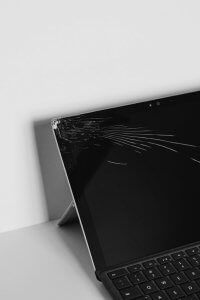 New York Attorney General Letitia James issued a report based on an investigation into the 2017 net neutrality rollback. It revealed that 18 million fake comments were filed with the Federal Communications Commission (FCC). The full report included the following information:

…In the course of the investigation, the OAG obtained and analyzed tens of thousands of internal emails, planning documents, bank records, invoices, and data comprising of hundreds of millions of records. Our investigation confirmed that many contemporaneous reports of fraud that dogged that rulemaking process. The OAG found that millions of fake comments were submitted through a secret campaign, funded by the country’s broadband companies, to manufacture support for the repeal of existing net neutrality rules using leads generators….

The report found millions more fake comments were submitted by a 19-year-old college student who used automated software to create fake identities. Those fake identities were in favor of net neutrality.

The broadband companies used commercial lead generators that used prizes – like gift cards and sweepstakes entries – to lure consumers to their websites and to join the campaign. Nearly every lead generator that was hired for the campaign “fabricated consumers’ responses.” Those fake responses were against the Obama-era net neutrality rules.

At the time the FCC was seeking comments about the rollback of Obama-era net neutrality rules, reporters noticed that hundreds of thousands of the comments shared identical language. When contacted by reporters, individuals said they never signed it, or never heard of net neutrality. Some who supposedly signed it had died before the comment was signed.

Personally, I think the broadband companies who hired the lead generators should be held accountable for the fraud they helped perpetrate. It is absolutely disgusting to see the lengths they went to in order to thwart the will of the people.