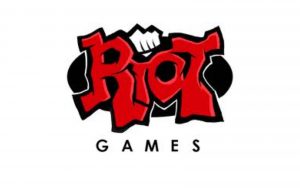 Riot Games is the creator of League of Legends, a game nearly 30 million players log into every day. While it is possible for any online game to attract some players who are verbally abusive to other players, League of Legends has developed a reputation for attracting quite a lot of those kinds of toxic players. Riot wondered if there was a correlation between highly toxic in-game play and workplace toxicity.

Riot’s hypothesis was that if a Rioter (a description given to people who work for Riot Games) received a lot of in-game complaints, that person would have friction with workplace teammates too. Was there a correlation between in-game toxicity and real-world behavior?

Everyone who works at Riot Games plays League of Legends. As such, Riot was able to look at the preceding 12 months of gameplay of every employee. They determined that 25% of Riot employees who had been let go in the previous year were players with unusually high in-game toxicity.

Some examples of toxic behaviors include homophobia, racism, sexism, and other forms of hate speech. Among the Rioters who had been let go in the past 12 months, the most common bad in-game behaviors included passive aggression (snarky comments), the use of authoritative language and sometimes misusing their authority as a Riot employee to intimidate or threaten others.

Riot identified the 30 most toxic employees and categorized them as either someone who needed a stern warning or as someone who should leave Riot. Those who received a warning were presented with their in-game chat logs in which they were exhibiting especially bad behavior. Apparently, some of those Rioters apologized and promised to change their ways.

Riot is trying to figure out how to use what they learned about the correlation between toxic in-game behavior and workplace toxicity to help them in the hiring process. Riot asks applicants for their in-game handle during the application process and can review that person’s gameplay. They are considering using an applicant tracking system that flags toxic players so that a recruiter or hiring manager can quickly see how an applicant behaves in League of Legends.

I’ve read through some of the comment sections of articles that discussed this topic. One one hand, people feel that Riot Games has the right to refuse to hire people who have been especially toxic while playing the company’s League of Legends game. It reflects on how that person would represent the company and the game itself. Others feel that looking at an applicant’s in-game chat is too intrusive.