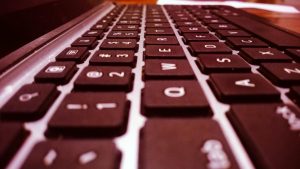 There is a bill going through Congress that could attach a 20-year prison sentence to the act of “swatting”. The bill passed the House of Representatives Energy and Commerce Committee, and its next step is a floor vote in the House.

“Swatting”, for those who are unaware, is when a person calls the police to notify them of a bomb threat, a kidnapping, a hostage situation, or other criminal activity going on at someone else’s house (when no such activity has taken place). It is a form of harassment.

The result is that a fully armed SWAT team, that has no way of knowing if the reported threat was real or fake, goes to the target’s home. The assumption is that the call was legitimate. There is potential for an innocent person, who was a victim of a “swatting”, to end up injured or killed.

The Washington Post reports that people who play video games are often the victims of “swatting” and that the perpetrator might also be a gamer. There has been a situation where a SWAT team was called on a gamer who was streaming because someone apparently thought it would be funny to watch a streamed “swatting”.

In addition, journalists, celebrities, and politicians have been the targets of “swatting”. A bill called HR 2031 could attach legal consequences to “swatting”. The full title of the bill is: “To amend the Communication Act of 1934 to provide for enhanced penalties for the transmission of misleading or inaccurate caller identification information with the intent to trigger a response by a law enforcement agency.” The short title is: “Anti-Swatting Act of 2015”.