In advance of next week’s CES, French firm Archos have announced a bundle of good news relating to their Smart Home which I reviewed a few months ago.

First, Archos is opening up the Smart Home ecosystem to the market standards for devices operating on the 433 MHz frequency, including compatibility with other major brands in the home automation market like Somfy, DI.O Chacon, Blyss, Otio and Conrad to control everything from blinds to heating and security. With the new “Learn & Control” feature, users can connect and control all their connected home accessories from their tablet or smartphone whether inside or outside of the home. 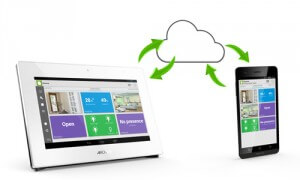 “We are in an era where we want to control everything, and the home is central in this trend: no matter if we’re at work or anywhere else, we like knowing what’s happening at home and we want to be able to manage it, even when we’re not there. With the open Smart Home system, Archos is aiming to be a leading player in the home of the future” says Loic Poirier, CEO of Archos. 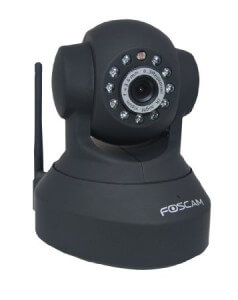 In addition, the Archos Smart Home is now compatible with Foscam cameras, one of the market leaders in IP cameras. Owners can stream video directly on their smartphone or tablet, taking full advantage of the their IP camera’s features (HD video, IR night-vision, movement detection, PTZ movement) within Smart Home programs, e.g. opening a door activates a video recording, which is then streamed to a smartphone.

The Smart Home worked previously with the Tasker app but for those wanting to get into the Internet of Things, the features of the Archos Smart Home can now be mixed into IFTTT recipes to automate common activities.

And finally, the price of the Smart Home halved from an RRP of GB£199 to £99 with similar price cuts in the US. The Archos Smart Home system wasn’t without a few flaws, but at this price it’s an enticing entry point.

For more information about Archos and its entire selection of connected devices, visit Archos during CES 2015 at Sands Expo Hall A-C, Booth 70437.