Roku introduced its mobile app for iPhone and Android a while back, allowing owners of the handy little set top boxes to stream pictures and music from their smartphone to the entertainment device. Customers can also use the app to browse and add channels and control their devices with a remote control feature.

Now the company has rolled out an update to its mobile apps that adds even more functionality. According to Roku’s Tom Markworth this update “adds music shuffle and repeat options for Play on Roku.” He went on to elaborate that “You can now create on-the-fly playlists of your favorite artists with the “All Songs” view on the artist screen. Additionally, we fixed several bugs related to music and photo playback on Play on Roku in both versions of the app.” 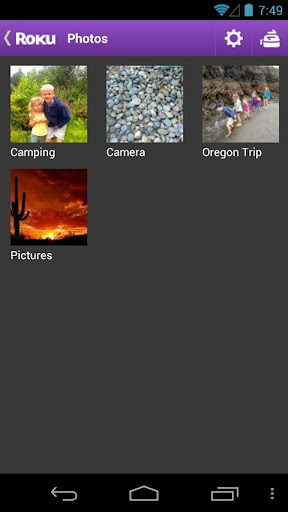 If you have either a Roku 2, Roku LT or theRoku HD player then uou can get the iOS version here and the Android version here. The new app is version 2.1. If you already had it installed then you should get the update automatically.

One thought on “Play on Roku app for iPhone, Android updated”