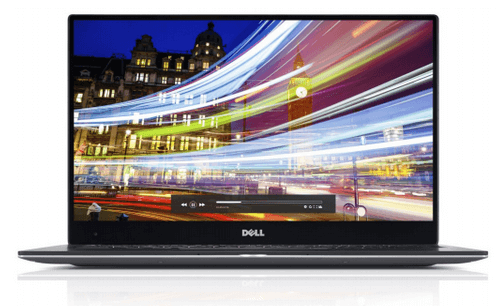 Over the past 3 weeks I have been using a Dell XPS 13 provided by Dell as my primary laptop. Over the last couple of years I have switched between a Macbook and a Windows laptop.

I was honestly skeptical that I would like the smaller form factor as I have always had big screen laptops. In a very short time I have absolutely fallen in love with the Dell XPS. Let me share a little about the tech specs . The machine that Dell sent me again was the XPS 13 with an Intel 5th gen core processor, 8GB of ram, 256GB SSD Drive, backpack, transport sleeve & power companion. It came with Microsoft Office loaded and of course Windows 8.1

My first impression pulling it out of the box was wow this thing is lightweight weighing in @ 2.6 pounds, very  sturdy with aluminium and composite materials . Boot up time was incredibly fast, and what really blew me away was the screen. The Dell team spared no expense in getting the monitor to have absolutely minimal edge distance from screen border to the edge of the lid.

Their engineering team stuffed a 13.3 inch display in what would normally be a 11 inch ultrabook form factor. The Dell XPS 13 is currently the smallest 13 inch laptop on the planet. A buddy of mine with a Macbook Air was really wowed with the screen resoltion and form factor. With 5.7 Million pixels the Quad HD+ display is 4.4 million more pixels than the MacBook Air.

In the past when I left the house I would pack up the laptop and the power supply which usually weighs as much as a laptop, the Dell XPS 13 power supply is another home run it’s not much bigger than a cell phone charger. Even as small as the charger is I started leaving the charger at home during the day after a trip to California. Here is my battery usage case. I spent 2+ hours at the departing airport on the XPS working due to a flight delay. I then used the laptop on the Aircraft WiFi for about 5 hours catching up on email, Google docs etc.. Then when I arrived at my hotel late in the evening, I checked email and did a lengthy Skype video call to my wife all the while on battery.  I went to bed forgetting to plug in the laptop and charge it. Running a bit late in the morning, I left the hotel with the battery still having about 30% charge. I used the laptop on and off that day only reverting to charge it with the Dell Power Companion in the early evening. In summary the battery life is simply incredible I really do not know how they do it.

My usage of the laptop has largely been web based and a handful of applications including an Autocad drawing reader. I did do a little bit of Audio editing with Adobe Audition, and the laptop performed as I would expect for a Intel i5. If I was going to be doing any heavy video editing I would likely want the i7 version of the XPS. The team at Dell put a lot of thought into this laptop the keyboard is remarkable I do not say that lightly as I am pretty picky. I used both an external mouse and the trackpad and had no issues either way. Nothing to really add about the touch screen as it performs as advertised.

I have received a lot of compliments and questions asked about the XPS  when I have been out in public it attracts attention. I feel very comfortable travelling with the laptop and feel that it will handle what I will be throwing at it. The transition to the smaller screen was not an issue with the incredible screen resolution. It sure makes my mobile bag much lighter leaving me room for other gear.

As configured my laptop specs out a $1140 prices start though at $799, you can get your own at one of these two fine online locations Dell or Microsoft. There is quite a back story to the Dell XPS that is a worth read and of course check out the XPS product page.  This laptop has received a lot of awards and now I know why.

Disclaimer: Dell has provided for free the XPS and accessories for this review. All Geek News Central Reviews are done so under real world conditions and not in some lab. All opinions are those of the author.

Feels great to be back in the swing of things lots of comments and voicemail feedback at the end of the show glad you enjoyed teh CES back channel regular videos to be pushed online soon.