Wireless headphones make a great deal of sense for sports and fitness fans as there’s nothing more irritating than getting caught up in the cables and trashing the headphone jack. As a result, Bluetooth headphones are popular with these people, even before Apple took the decision to ditch the stereo socket. Aiming squarely at this market segment are the Syllable D700-2017 wireless sports earbuds. Let’s take a look. 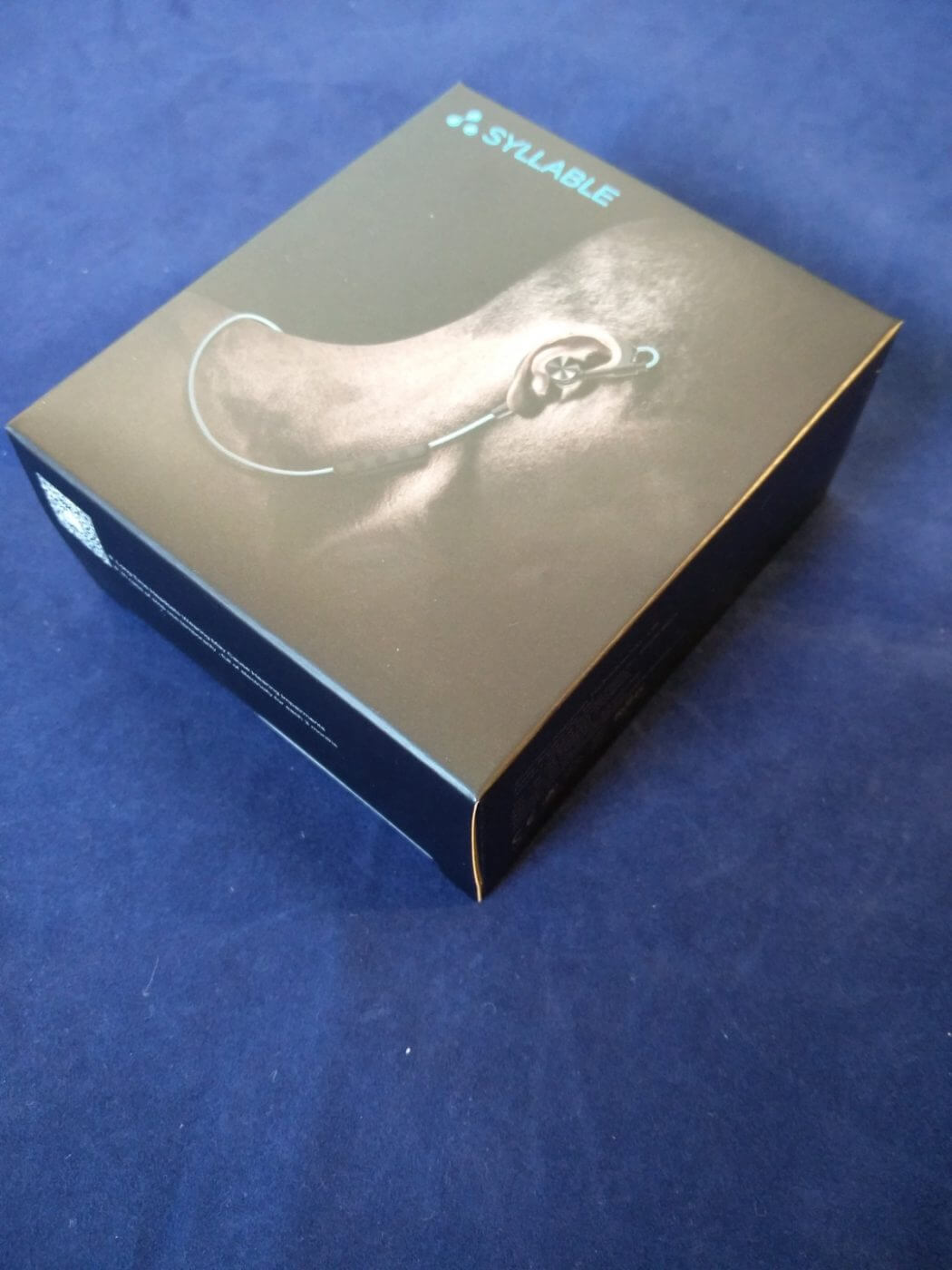 The D700s are earbud-style headphones with an over-the-ear hook and a single cable running between the two sides. There’s an in-line remote close to the right side, which does all the usual stuff – on/off, pair, volume up/down, take call and so on.The remote has the microUSB charging port on one side too. Included in the box are additional ear buds for those with small or large earholes and flat ribbon USB charging cable which is far less prone to tangling. The connecting cable is available in three colours; yellow, blue and black, these are the black ones obviously! 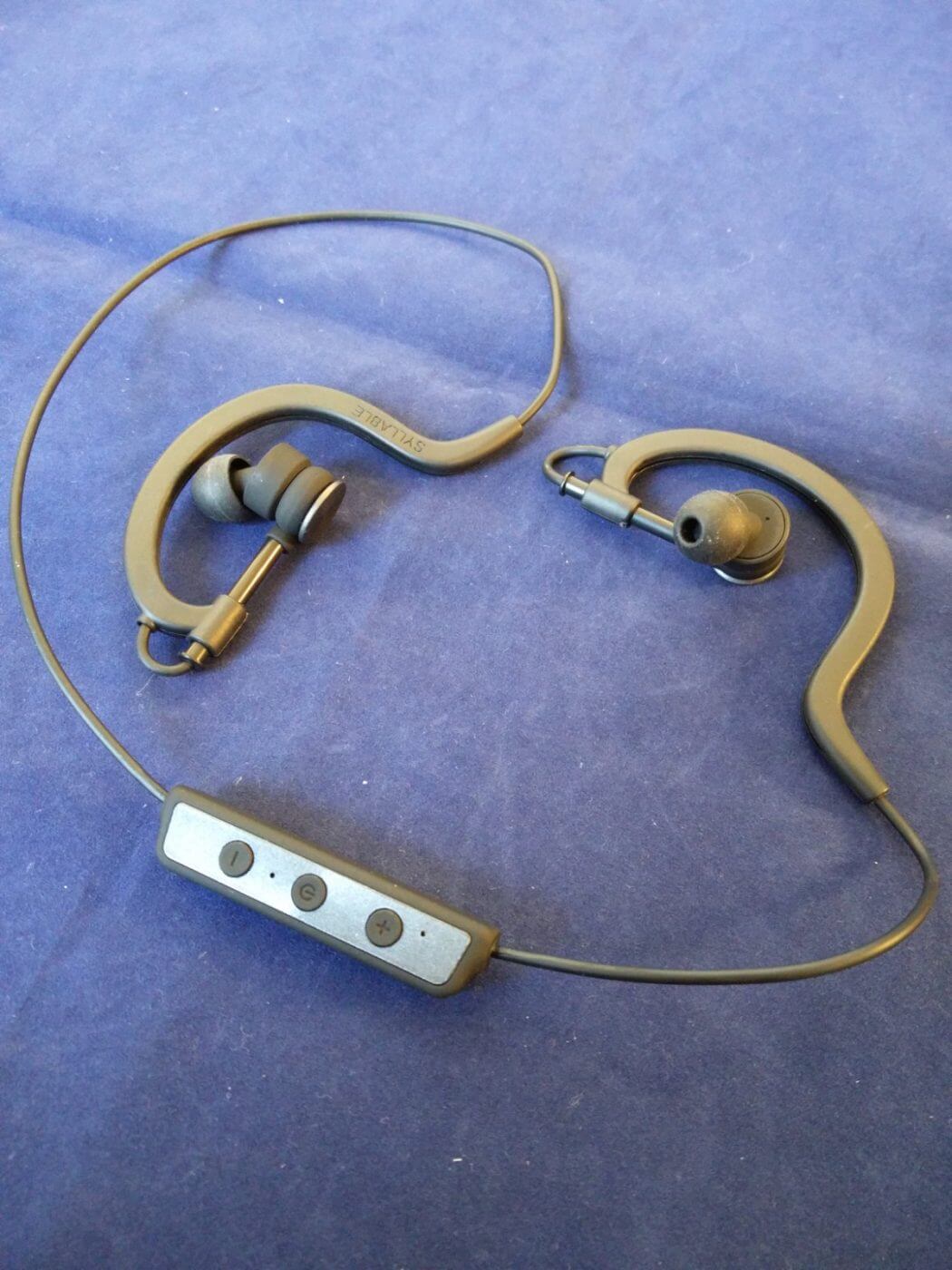 The D700s support Bluetooth 4.1 and a range of profiles like A2DP, AVRCP, HSP, HFP. There’s no need for the details but broadly these acronyms mean that you can play and control stereo music over the headphones. Getting paired with a smartphone or tablet is the usual simplicity; in this case hold down the middle (power) button on the remote to put it in pairing mode, wait for it to pop up as an available device in the Bluetooth config on the phone, tap on it and job done. Syllable might want to improve their quality control as the headphones advertise as “SYLLALBE D700”. Duh! 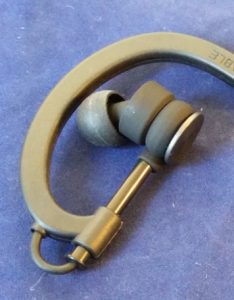 The build quality seems good and I had no problems over the few weeks I’ve been testing. For the most part, the D700s are covered in a soft-touch coating and the over-the-ear loops are a pliable plastic, though you can’t bend them to shape. The earbuds are mounted on a tube which goes up and down to allow for different ear canal to top of ear dimensions. On first inspection, it looks like the earbuds point upwards but once you put them D700s on, the angle of the loops on the ears tilts the earbuds 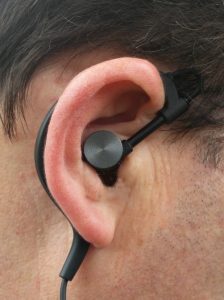 forward. (The picture on the right has been slightly airbrushed). They can be a little fiddly to put on because the earbud can move and swivel on the tube but that’s balanced against a better fit for you ears.

In terms of comfort, I found the D700s a little bit of a mixed bag. Sometimes everything just seemed to line up and the fit was great, really great. Other times, I’d be fiddling away with one ear to get it comfy and sitting right. Regardless, the over ear loops ensured that they stayed in place during exercise. YMMV, as they say.

For audio quality, the D700s are impressive for the price point, though it’s important to ensure that there’s a good fit with the earbuds. If the buds are too small, the sound is thin and weak, but if you get a good seal, the bass is massively improved and overall the music is much richer and well defined. I tried a range of audio sources, across a number of musical genres and the D700s makes a good effort with all of them. Don’t forget that these headphones are to be used during exercise, so audiophile quality is not a prime requirement but they don’t disappoint for the price.

With respect to phone calls, the D700s were able to pick up speech well, even with the remote located round the back of my neck. Sometimes the remote’s microphone would get blocked by clothing and needed to be freed up for the caller to hear me. Generally not an issue while wearing a t-shirt or a vest, but something to remember if you’re in a hoodie.

The manufacturer says battery life should be around four to five hours and around an hour recharging. I wouldn’t disagree.

Overall, the Syllable D700-2017s sound good and stay on the ears, though they can be a little tricky to fit at times. At GB£13.99 on Amazon.co.uk they’re definitely worth considering for the gym.

Thanks to Syllable for providing the D700s for review.