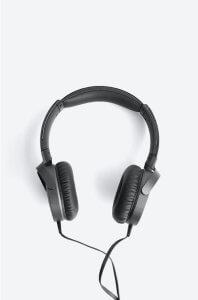 The first tweet in Jack Dorsey’s thread says: “Square is acquiring a majority ownership in TIDAL through a new joint venture, with the original artists becoming the second largest group of shareholders, and JAY-Z joining the Square board. Why would a music streaming company and a financial services company join forces?!” The rest of the thread attempts to answer that question.

To summarize the thread, Square started by giving small sellers a simple tool in order to participate more fully in the economy and grow. TIDAL started with the idea of honoring artists by being artist-owned and led. Together, the two companies can work together to integrate merch sales and new complementary revenue streams.

Square Inc. (NYSE: SQ) announced today that it has entered into a definitive agreement to acquire a majority ownership stake in TIDAL, the global music and entertainment platform that brings fans and artists together through unique music, content, and experiences. Square expects to pay a mix of cash and stock of $297 million for a significant majority ownership stake, and existing artist shareholders will be the remaining stakeholders. TIDAL will operate independently within Square, alongside the Seller and Cash App ecosystems.

The news release also stated: TIDAL board member and shareholder Shawn “JAY-Z” Carter is expected to join Square’s Board of Directors subject to the closing of the transaction.”

Square’s acquisition of the majority of TIDAL comes not long after another project that Jack Dorsey and JAY-Z started working on together. They created an endowment named ₿trust to fund bit-coin development, which would initially be focused on teams in Africa and India. The two have pledged 500 bitcoin – which is around $23.3 million – toward ₿trust.