For the “point’n’shoot” photographer, smartphones and their built-in cameras have almost completely replaced the compact camera which has seen a huge drop in sales over the past few years. Despite the handiness of the smartphone camera and the myriad of post-processing effects beloved by Instagram, there are times where the problem is getting the right image in the first place. Smartphones with macro or wide-angle lenses aren’t common.

This is where Olloclip saw a gap in the market and via a Kickstarter campaign back in 2011, developed a selection of clip-on lenses for the iPhone and iPad, including macro, fisheye and wide-angle lenses. These have become fairly well-known and I’ve even seen a few people using Olloclips on their iPhone in real life. Not content with Apple owners having all the fun, Olloclip have launched a version of the 4-in-1 lens for the Samsung Galaxy S4 and S5. Let’s take a look.

The 4-in-1 lens system for the Galaxy S4 consists of a mounting bracket that holds two macro lenses and two additional feature lenses that screw in on top of the macro lenses. One of the lenses is a fisheye and the other wide-angle. The bracket is well-made, with metal inserts to hold the screw-in lenses and the lenses are glass; by using different threads on the bracket, it’s not possible screw in the wrong lens. The bracket can be attached from the left or the right to get the correct lens in front of the phones camera. Take a look at the pictures of the Olloclip below to see how it all works. 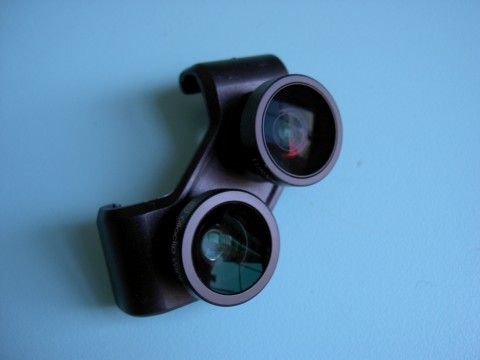 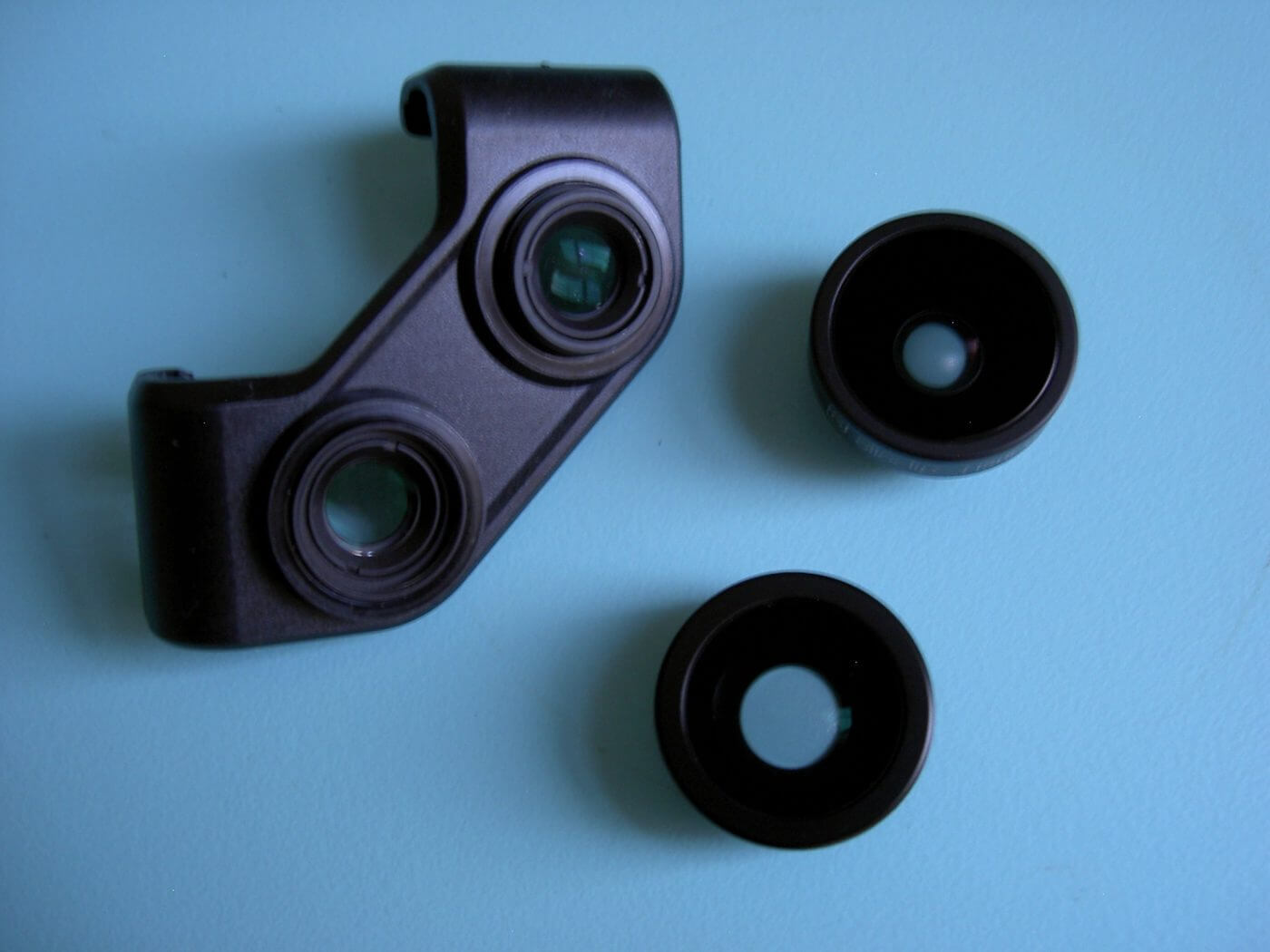 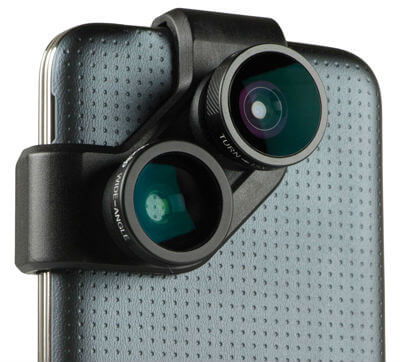 In use, the Olloclip is straightforward – clip on the bracket with the lens you want to use in front of the camera and then start taking pictures using your favourite camera app. Simples!

To test out the Olloclip 4-in-1, I used a Samsung Galaxy S4 borrowed from a colleague and got snapping. Here are a few macro pictures that I took of a coin and the detail is impressive. 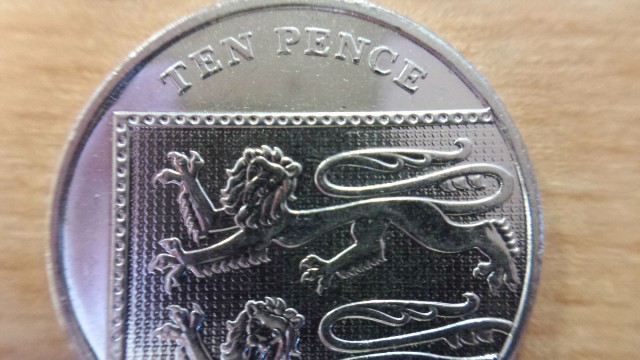 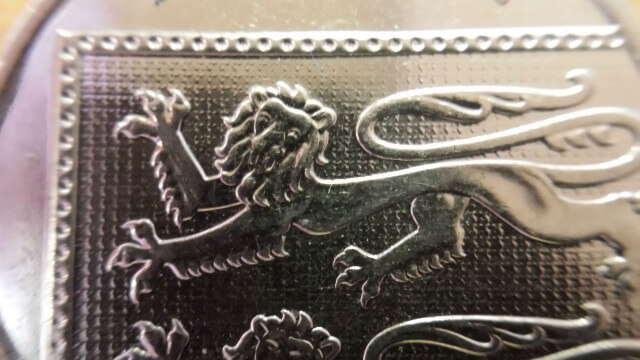 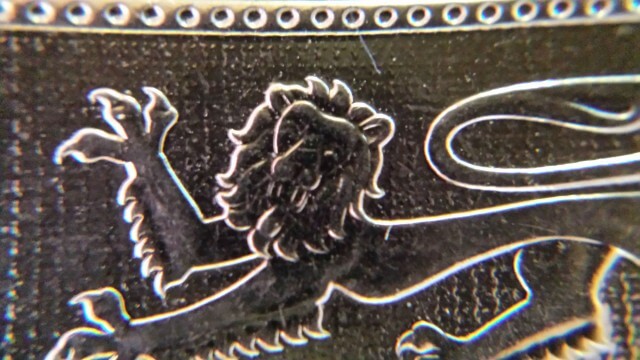 And here are a few photos of a local landmark using the normal S4 camera, the wide-angle lens and the fisheye lens. I’m no Ansel Adams, that’s for sure. 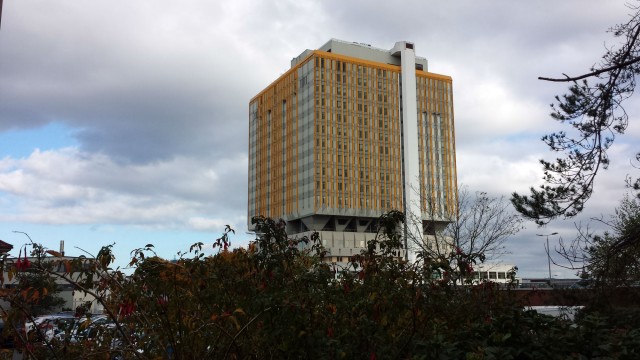 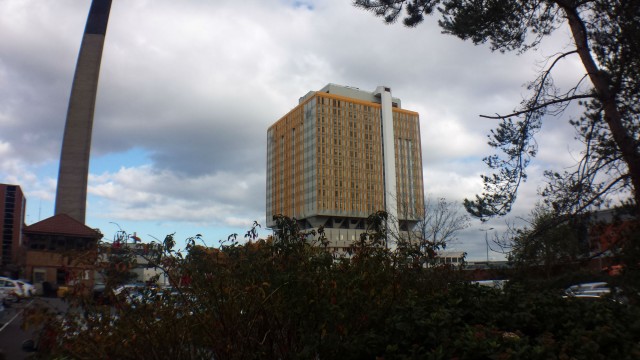 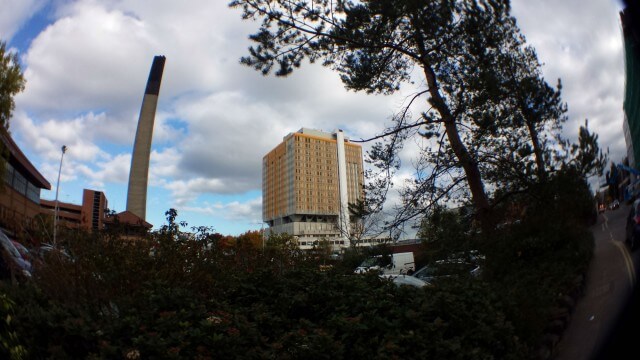 I was impressed with the Olloclip and with more interesting subject matter, I could have a lot of fun. I particularly liked the macro capabilities and the fisheye was fun too; I was quite surprised at the width of the field of view. Overall, the 4-in-1 was easy to use, clipping on and off in seconds, and significantly increased the photographic possibilities of the Galaxy S4. . On the downside, you do have to remember to bring the Olloclip with you, and the on/off and volume buttons are obstructed by the bracket when in use. The other problem can be with Samsung cases, which often replace the smartphone’s back. If you have one of these cases, you’ll find that the Olloclip won’t clip on and you’ll need to revert to the original case.

The Olloclip 4-in-1 for the Samsung Galaxy S4 or S5 is available direct from the website or through other on-line retailers. Priced at a penny under US$70 or GB£60, it’s more than an impulse purchase but if you are photographer or want to get more from your camera, it’s worth forking out for. Hopefully enough Galaxy owners will purchase to persuade Olloclip to look at other popular Android smartphones as well.

Thanks to Olloclip for the review 4-in-1 lens and to Jacinta for the loan of the Galaxy S4.