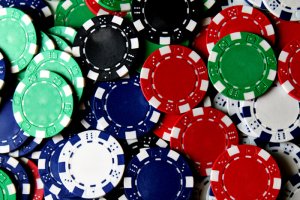 Pluribus is the first AI bot capable of beating human experts in six-player no-limit Hold’em, the most widely played poker format in the world. It makes me think of AlphaZero, an AI system that taught itself how to master chess, shogi, and Go. AlphaZero was created by DeepMind.

Pluribus is a new AI bot that was created in a collaboration between Facebook and Carnegie Mellon University. In recent years, new AI methods have been able to beat top humans in poker if there is only one opponent. But developing an AI system capable of defeating elite players in full-scale poker with multiple opponents at the table was widely recognized as the key remaining milestone.

Pluribus has defeated pro poker players in both a “five AIs + one human player” format and a “one AI + five human players” format.

If each chip was worth a dollar, Pluribus would have won an average of about $5 per hand and would have made about $1,000/hour playing against five human players. These results are considered a decisive margin of victory by poker professionals.

There is a lot of detail in the Facebook post about Pluribus, including the AI bot’s blueprint strategy and information about how it stacked up against humans in the poker games. The post also includes some comments from the human professional poker players who share their thoughts about playing against Pluribus.

It has been said that robots are coming to take our jobs. In some industries, they already have pushed out the human workers. Should we now start to worry that robots may someday replace humans players in games? I suppose it might be possible that, in the future, AI bots will have replaced all the humans on eSports teams. That might be fun to watch once, but I think it would get really boring after that.