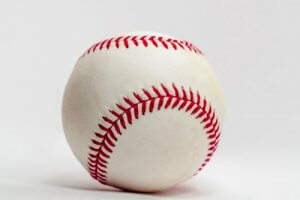 Major League Baseball (MLB) has approved a piece of technology that was tested out in experimental usage at the Single-A level last year and in big league camps during Spring Training this year.

The device is called PitchCom, and it was created by ProMystic, which typically caters to mentalists and magicians. ProMystic approached MLB with its idea for a signal communication device in 2020.

The Associated Press reported that MLB is providing each team with three transmitters, 10 receivers and a charging case for each of the PitchCom devices. It is available in English and Spanish.

PitchCom receivers and transmitters can only be used on the field and may not be operated during games in clubhouses, dugouts or bullpens.

The MLB is not requiring teams to use PitchCom, but it has some really great benefits. It makes the communication between pitcher and catcher more seamless and straightforward. The device makes it easier for the pitcher to “see” what the catcher is recommending. The clarity can make the game go faster.

Those who love baseball will likely remember a scandal where a team is accused of “stealing signs”. PitchCom makes it incredibly hard to “steal signs” because the information shared between the catcher and pitcher is not only on an encrypted channel, but also has tiny buttons that will be difficult to see from second base (and way too small to see from the stands).