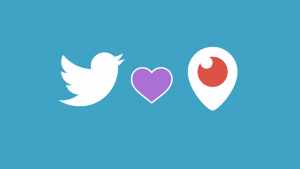 Periscope announced that they have made the difficult decision to discontinue Periscope as a mobile app by March 2021. Periscope has provided information about how to download an archive of your Periscope broadcasts and data before the app is removed. No one will be able to make a new Periscope account in-app starting with the next release.

…The truth is that the Periscope app is in an unsustainable maintenance-mode state, and has been for a while. Over the past couple of years, we’ve seen declining usage and know that the cost to support the app will only continue to grow over time. Leaving it in its current state isn’t doing right by the current and former Periscope community or by Twitter…

Periscope also wrote: “We probably would have made this decision sooner if it weren’t for all of the projects reprioritized due to the events of 2020. We’re sharing our decision with you now because we want to be transparent and honest about where we’re at and what’s next.”

Twitter posted Periscope FAQs that Periscope users may want to read. Twitter wrote: “Given our previous work integrating core parts of Periscope into the service, this move will allow us to further strengthen our live video creation natively in Twitter.” Twitter recommends that you use your remaining coins to send Super Hearts to your favorite broadcasters by March 31, 2021.

Engadget reported that any broadcasts you shared through Twitter will live on as replays. The Periscope website will stay up as a read-only archive of videos people broadcast publicly.

Twitter has a history of killing off apps after integrating them into Twitter’s platform. Twitter shut down Vine in 2016. In 2018, it killed Tweetbot, Twitterific, Talon, and Tweetings by removing access to APIs needed to power push notifications and auto-refreshing a timeline. It looks like Periscope had issues related to the events of 2020, and is not specifically being killed off by Twitter.